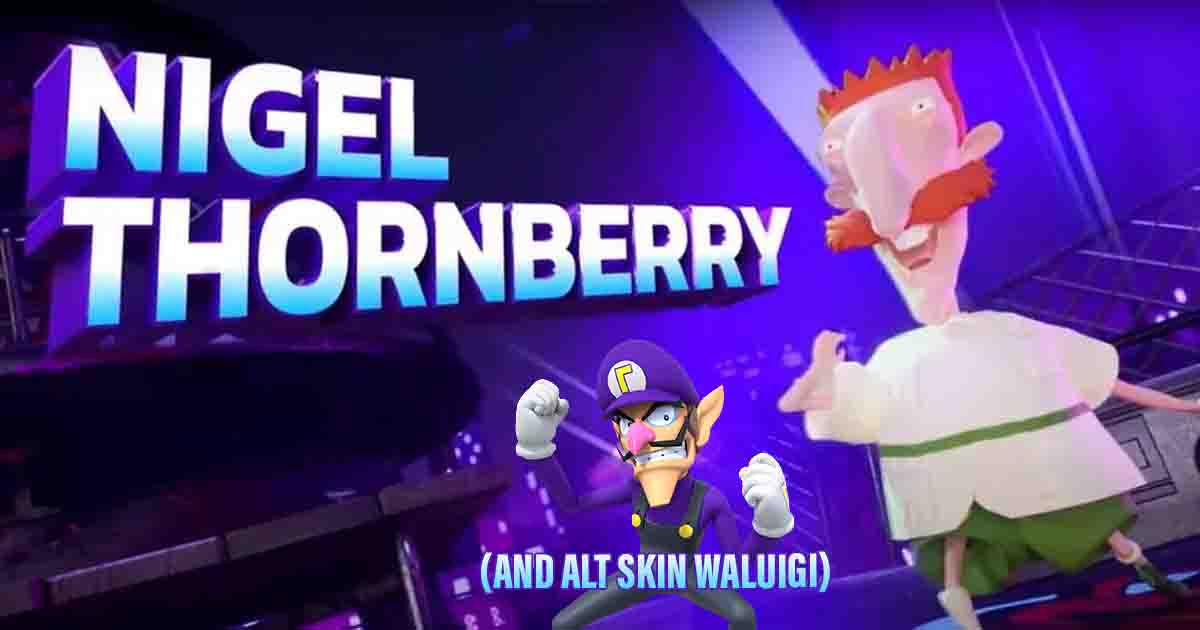 MUSHROOM KINGDOM — Nintendo fan-favorite character Waluigi has accepted an invitation to Nickelodeon All-Star Brawl as a clone of Nigel Thornberry, finally accepting that he is not going to be included in Super Smash Bros.

“Nowadays when I say ‘waaaaahhhhhh!’ it’s the crying kind,” said Waluigi, sniffling his ginormous pink nose. “It’s such bullshit, man! I’m Waluigi! Number one! Now I’m stuck as an alt skin for some British loser. I don’t even get to have my own moves. They told me I couldn’t bring my tennis racket and I can’t even stomp on people! It’s so demoralizing, man, they’re making me say ‘Smashing!’ like every time I battle in this game it’s a reminder that I’m not in Smash Bros.”

“I just don’t get it at all. Where did I go wrong?” Waluigi continued. “Who did Wario fart on to get into that thing? And Daisy?! I swear there’s some weird nepotism shit going on. Sorry I’m not some member of the royal family, killing and plundering my way through the Mushroom Kingdom just to get an invite to some fight club bullshit! Wahhhhh!!!”

According to those familiar with the situation, other Nickelodeon All-Stars were put off by Waluigi’s attitude.

“Oh you’re just an alt skin of another character? Give me a break,” said teenage mutant ninja turtle Michelangelo. “You try to throw someone a bone and let him join your Brawl and that’s not enough. My friends and I literally have to distinguish between each other by wearing different color headbands and you don’t ever see us complaining! Whatever, man, I’m gonna go get myself a slice of pizza and calm down.”

At press time, Waluigi had regained his confidence, bragging to his friend Wario that he could wavedash.