Voter Participation Skyrockets After Adding “Goku or Superman” to Ballot 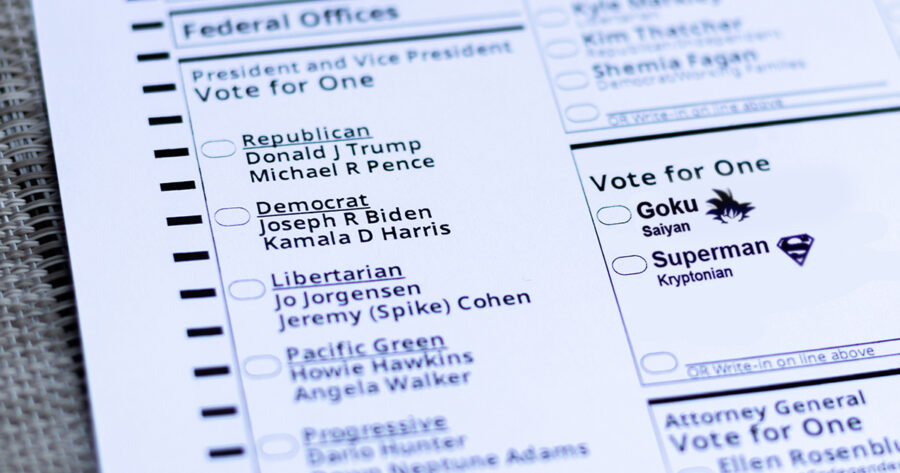 PHILADELPHIA — Local voter registration surged this week directly before the local mayoral election after a city ordinance came into effect that added to the ballot who would win in a fight: anime character Goku or comic book hero Superman.

“There was no way I was going to vote before this, voting just didn’t affect me until now,” said local resident Phillip Mayhew. “The office of mayor could go to anybody for all I care, but I’ll kill anybody who thinks Superman could even come close to beating up Goku. If it takes being a productive member of democracy to show people the Saiyan prince’s power, then so be it. The only way I would vote for a mayor is if that mayoral candidate had read the manga and knew that there was no way some loser journalist could take on the strongest anime character in all of Japanese canon. But I guess while I’m voting for the real thing, I might as well fill in a bubble for mayor.”

“This election finally proves how divided we are as a nation,” Garry said. “I don’t understand why we all can’t just put down our torches and pitchforks, come together, and agree that Superman would wipe the floor with Goku! People have a duty to our nation to educate themselves on the issues. Go on the internet, pick up a book  — or any copy of Superman: Red Son — and learn the error of your ways. It’s not that hard. I voted Superman all the way down the ballot, even for treasurer, that’s how confident I am in him. He could mince Goku and still have time to go over the budget before next week’s town hall.

Local residents also noticed a landslide victory for the comptroller candidate who slyly changed his name to Monkey D. Luffy days before the election.