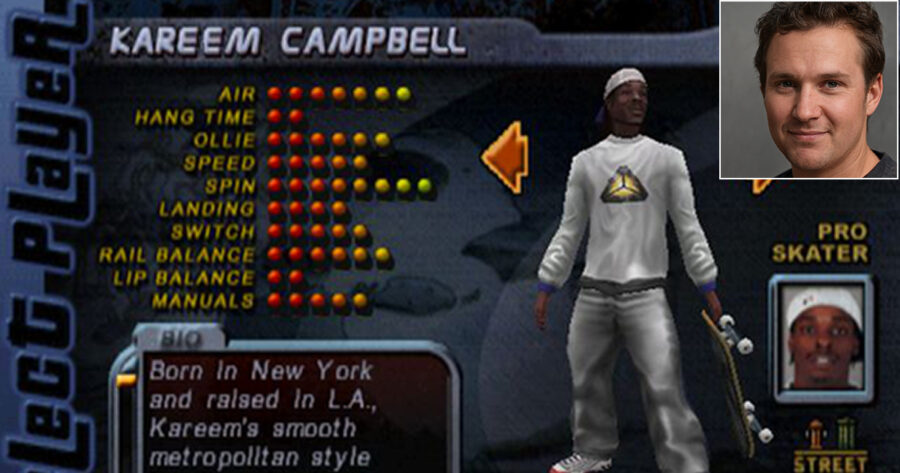 PORTLAND, Maine — Local gamer Seth Barker’s only black friend is reportedly the Tony Hawk’s Pro Skater 2 avatar of professional skateboarder Kareem Campbell, according to those familiar with the situation.

“Kareem and I go way back. We’ve known each other since 2000,” Barker told friends. “With all these protests going on, I can’t even imagine what he’s going through right now. Can a white person ever really know what it’s like to be a black person in America? I mean obviously I know what it’s like to skate as him. He’s really good at spins.”

Barker’s other friends insist that he does not really know Campbell, but Barker disagrees.

“Of course I know Kareem!” Barker said. “Born in New York and raised in L.A., Kareem’s smooth metropolitan style is recognized on both coasts. Maybe I don’t know him as well as Rodney Mullen or Spider-Man, but that’s only because I really like hitting manuals.”

Blair Morton, Barker’s girlfriend, is reportedly working to change Barker’s opinion and introduce him to more black people in their community.

“It’s just totally ridiculous to claim that your closest black friend is a video game character,” said Morton. “He needs to go out and expand his worldview. For example, he has not spent the time to get to know any of my close black friends, such as Garnet from Steven’s Universe, Hermione from just Harry Potter and the Cursed Child, or the poster of Michelle Obama I hang in my bedroom.”

When asked to comment, Campbell said that he did know Barker. “Anyone who has skated as me knows me,” Campbell said. “They know the low hang time life.”