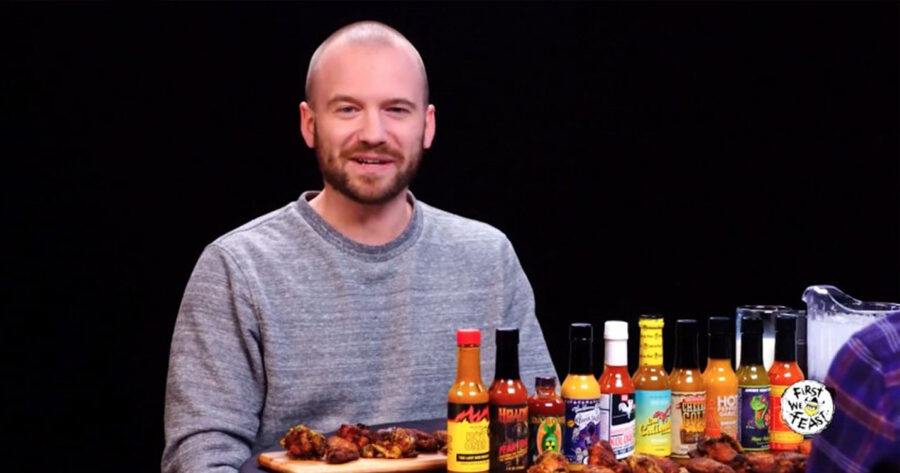 NEW YORK — After years of emotional abuse and humiliation from his client Timothée Chalamet, publicist Michael Stagg has reportedly booked the actor to guest on the popular YouTube interview show Hot Ones.

The suggestion came shortly after the young actor threw a hand-written leather bound manuscript of poems by Charles Bukowski at Stagg’s head, after the agent failed to get him booked on the Dick Cavett Show on account of it being off the air for several decades.

“I just had enough, you know,” said Stagg. “I’m 56 years old working my ass off for some little vampire creep who regularly goes on trips with my family without me and I just snapped. You always hear horror stories of other publicists being shit-canned because they booked their client on Hot Ones blind and the talent ended up puking or having the outer layer of their skin burst into flames with Da Bomb like Tom Hanks. Sounded like a win-win.”

Hot Ones, which has been streaming since 2015, is an interview show where host Sean Evans asks impressively researched questions to his guests while they both eat increasingly spicy chicken wings intended to ruin the guest’s entire fucking week.

“If there’s two things I love, it’s talking to interesting people and posting videos of celebrities having panic attacks on YouTube,” Evans said while washing a load of several white hoodies and jean jackets. “When I heard Timothée Chalamet’s publicist hated him so much, I just had to reach out. Getting the opportunity to hospitalize him with The Last Dab is a dream come true.”

Asked if he had ever heard of the hit YouTube show, Chalamet simply asked, “Have you ever heard a chrysanthemum cry in the dark for the flowers that came before?” and then dissolved into the ether as if he were a phantom.