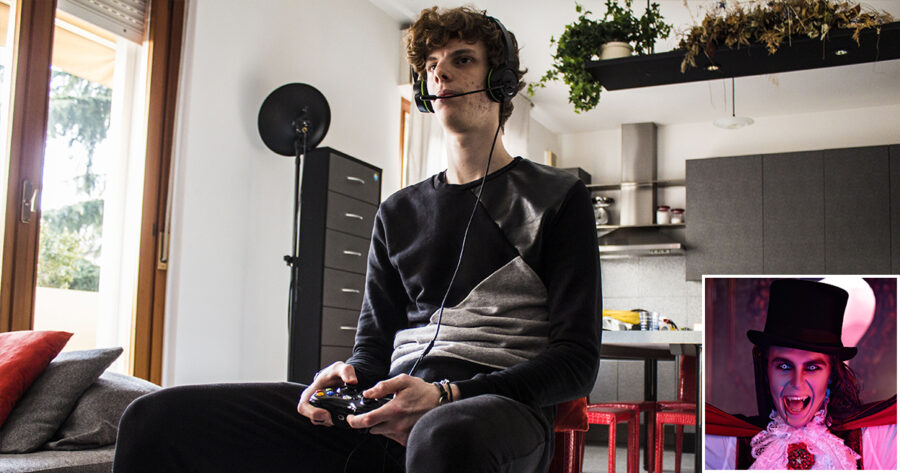 FORKS, Wash. — Local vampiric gamer FaNg DaNKula was seen requesting an invite to an open Xbox Live Party in order to join it, as per the tradition that a vampire must be invited into a home to enter it.

“It’s never just a simple ‘invite pls,’ it’s always ‘it is not by my hand that I am unable to join thine party. I was trapped here by humans who didn’t even ask if I was finished with dinner’ or some garbage like that,” explained Damon Cullen-Helsing, who was playing Mortal Kombat when he received the request.. “I’m starting to think he just doesn’t want to play mirror matches with me. Or Dead by Daylight, which he says has an ‘offensive’ title. What a dick.”

This is not the first time that Cullen-Helsing has been called upon by FaNg DaNKula’s request for an invite. Cullen-Helsing, a member of the Mystic Falls Technical College’s Smash Bros. group, says DaNKula regularly trash-talks the group about their abilities in an attempt to receive an invite, but has yet to make an appearance to their open-to-the-public sessions.

“He’ll send me a Facebook message at like 3:00am, saying shit like ‘what is man, but a miserable pile of SDs lol,’ but then he’s never bothered to show up at the Stoker Center to actually compete,” Cullen-Helsing, a Simon main, added. “The only room that’s ever available to play in though is the solarium at like 2:00pm. Maybe that’s why.”

At press time, FaNg DaNKula was reportedly stressing out over not being able to game after his roommate got garlic all over his good Xbox elite controller.