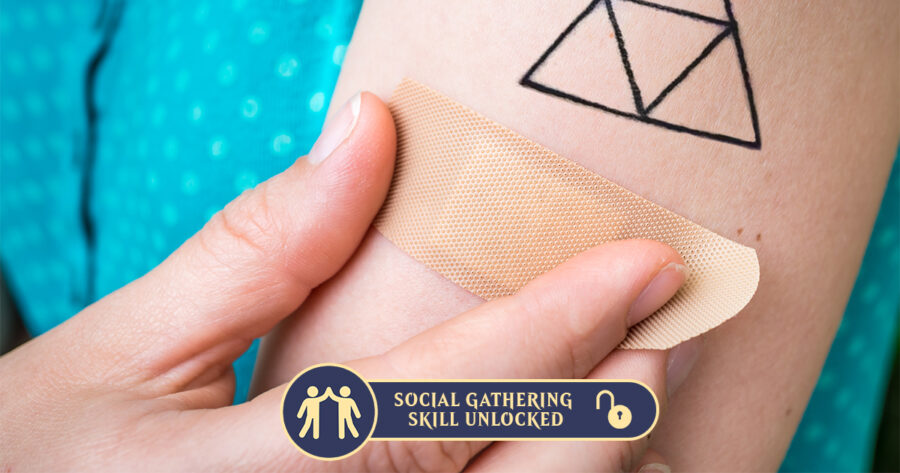 NEW YORK — Local gamer Caroline Silva unlocked the ‘social gathering’ skill tree on her abilities menu exactly two weeks after receiving her second Moderna vaccine upgrade, according to those close to her.

“It feels good to reveal a whole bunch of new skills available to me now that I’m vaxxed up. I’m especially excited to try out the ‘hug’ skill that’s a few unlocks down the road,” Silva told friends. “Hanging out with people is definitely going to be difficult, though. I’ve lost the muscle memory for it. It’s like when you put down an RPG for a few months and you go back to it and you’re like ‘whoa, I don’t even know what the attack button is anymore.’”

Despite Silva’s confidence, however, her roommate Kris Sargsyan disagrees with her about her potential to be invited to social gatherings.

“Sure, you can unlock the skill tree if you get the necessary items… but that doesn’t mean you have a high enough charisma stat to pull off an honest-to-god social interaction. She’s still a gamer, afterall,” Sargsyan said. “I mean, Jesus Christ, she’s talking about hanging out with people in real life like it’s a fucking video game. Hell, she’s got me doing it too! We’re losers. It’s not gonna happen. People are gonna friggin dodgeroll away from us.”

At press time, Silva and Sargsyan were seen in their apartment, alone, silently playing video games in separate rooms.