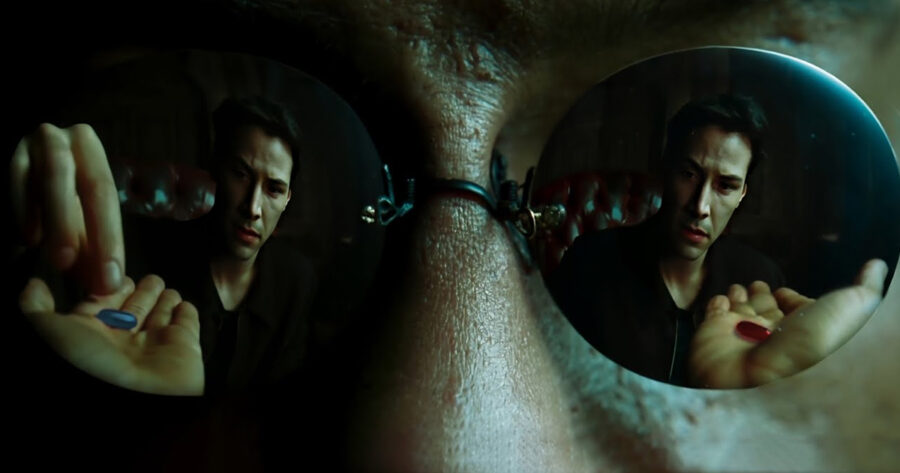 CHICAGO — Uninsured computer programmer Thomas A. Anderson, known eponymously as Neo, has been prohibited from making a decision between two life-altering pharmaceutical oral dosages due to his lack of private health coverage.

“I’m not gonna lie, this is a huge letdown,” explained Neo, 37. “First these guys in black suits show up to my apartment and start interrogating me. Then this bald dude in a trench coat and sunglasses tells me that I can take this cool red pill and then he starts talking about rabbit holes. I was all, ‘hell yeah,’ until he told me I needed to hand over my insurance card first. Blue pill, red pill, doesn’t matter. I’m just gonna ride it out and see how I feel.”

Neo’s rejection from seeing the true world was not new. Morpheus, age unknown, explained that private insurance is a basic requisite for onboarding the Nebuchadnezzar.

“There’s two pills. Two options. But you can’t expect me to just hand either one of them over without some kind of guarantee of coverage. Otherwise my crew and I would be facing a huge liability,” Morpheus insisted. “We don’t even know if this guy is the Chosen One, but suddenly we’re expected to pay for all of his medical expenses — primary and preventive — even if he ends up being just some random guy we were wrong about? Pass.”

Now unable to pay for either the red or blue medications, Neo found himself stuck in medical limbo without a legitimate way out, like millions of uninsured Americans.

“So let me get this straight: not only can I not take the high-end, effective red pill, but I can’t take the blue one either? The one that just lets me wake up and forget about all of this?” Neo asked. “Don’t they have a generic brand I can get with a GoodRx or something? God this system is so fucked. It’s like we’re living in a simulation or some shit.”

Neo later purchased a subsidized private plan that allowed him to choose a pill, but he was unable to afford the copay on the actual prescription.