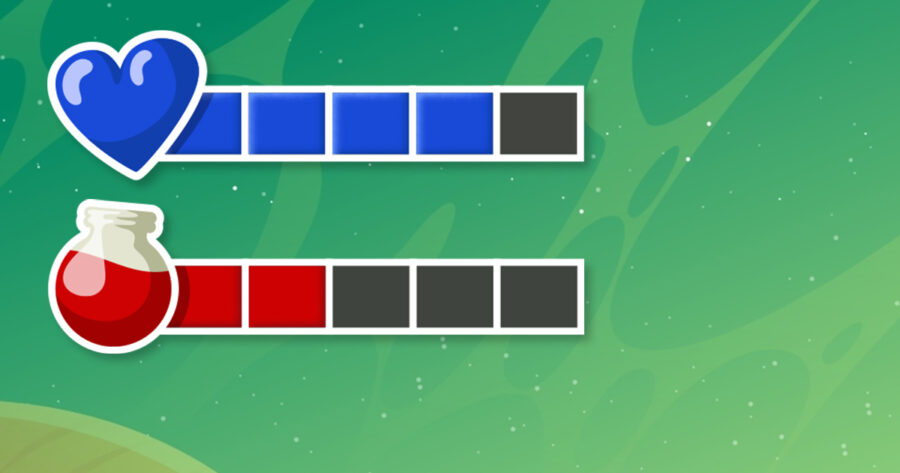 SAN FRANCISCO — An absolutely demented game designer has recently shown off their latest project and completely shocked the world with its unprecedented user interface that displays mana in red and health in blue.

“Whoa, I’ve never seen anything quite like this,” said local gamer Fred Mayes, after playing a demo of the upcoming First Sworn at a recent gaming conference. “I mean, I thought Elden Ring blew the doors open on what an RPG was capable of, but apparently I hadn’t seen anything yet. This is the kind of fresh, innovative design we’ve been clamoring for in an era of redundant open world epics. What an absolute miracle this game is.”

Makers of First Sworn said that the controversial design choice was a very conscious one.

“Oh sure, I was influenced by the classics like Diablo and Ultima, and all the others you’d expect,” said Rory Whaley, lead developer of the title. “But I also wanted to burn it all down and make sure players felt disoriented and challenged at every step of the way. At first we were going to flip all of the directional controls, but then someone suggested that would be too far and that we could switch the colors instead. We all thought it was just fucked up enough to work.”

Early impressions indicate that Whaley’s vision is indeed a polarizing one amongst gamers.

“There is a far cry between innovative game design and shit just not making sense,” said Richard Howland, who also sampled the game’s demo. “This shit just doesn’t make sense to me. You’re telling me there’s red mana, blue health, and no skill trees or weapon wheels? Is this even a fucking video game? It’s clear this Rory Whaley guy just wants to be some rockstar developer and his bravado has no place in modern game design. I hope he leaves the games industry as soon as possible.”

As of press time, Whaley had run a red light and died in a car accident.