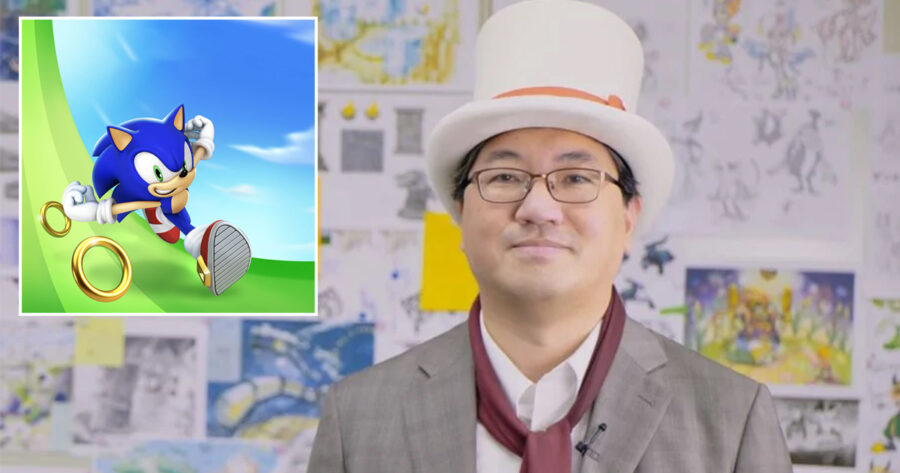 TOKYO — Following back-to-back arrests for insider trading while employed at Square Enix, co-creator of Sonic the Hedgehog Yuji Naka expressed confidence that he would be able to survive the charges leveled against him as long as he continues to hold on to at least one dollar.

“Just like my creation Sonic, who can survive as long as he holds on to at least one ring, I’m confident that I will be safe from any permanent harm coming from these charges as long as I have at least one dollar in my possession,” explained Naka. “Getting hit by the feds for insider trading the first time around definitely knocked a lot of dollars out of me, but I managed to hold on to some, which helped me withstand the second hit. I’m hanging in there, just like Sonic would in my shoes. Except if he was in them, he would be running very fast, as he often tends to do.”

Friends close to Naka say they are glad he’s staying positive but worry that the parallels he draws between his own life and the Sonic the Hedgehog universe may eventually put him in peril.

“He definitely talks a lot about how he’s just like Sonic, which is really troubling to hear,” said Kensuke Watanabe, a childhood friend of Naka’s who has supported him through his recent financial-crime-related troubles. “Recently he’s been talking about how he’s ‘gotta go fast’ to the airport and fly somewhere far away, but I can’t tell if that’s him fleeing from other charges that are going to drop or if he’s just trying to ride a plane during this dramatic moment in his life because Sonic often rides planes often during the climaxes of his games. He’s used that justification before to take random flights to different places, so it’s kind of hard to know what’s going on in his head at the moment.”

Investigators say they will continue to pursue Naka if evidence of any further financial wrongdoing arises.

“This guy thinks he’s Sonic the Hedgehog, but down at the precinct our nickname for him is actually Eggman due to the huge nest egg of illegitimate cash he seems to have amassed for himself,” said Detective Keji Ito of the Tokyo Metropolitan Police Department’s financial crimes unit while standing in front of an elaborate corkboard illustrating Naka’s history of insider trading. “It seems like he’s just going to keep bailing himself out no matter how many times we lock him up because he always has more cash to pull from. But eventually his luck is going to run out, and we’re going to crack that egg for all it’s worth.”

At press time, a distraught Naka had reportedly declared bankruptcy after tripping and falling on a bed of pointy spikes.