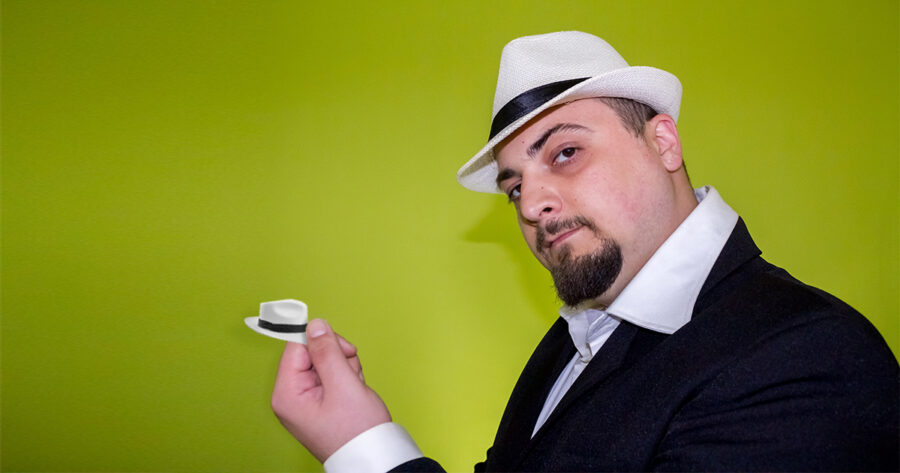 AUGUSTA, Maine — Local nerd Martin Beauchamp announced to fellow members of the online involuntarily celibate, also known as “incel,” community that he had purchased a custom-built tiny fedora to wear on the head of his penis in case he ever has the opportunity to present it to a woman.

“I may not have ever interacted with a woman in public before, aside from my mom and sister, but that does not mean I am anything but an expert in the art of fornication,” explained Beauchamp in his 4,500 word post on an incel forum known as The Dread Pill. “Women, above all else, desire presentability and status. If I am to wear a fancy trilby on my head to reinforce the aspect that I am a desirable mate, then it is of course logical for me to buy a matching 0.85 inch trilby to wear on my genitalia to showcase the status of my penis as well.”

According to those close to Beauchamp, of which many insisted they were not “that close, really,” pictures of him wearing the hat were sent to various women via text and Instagram messaging.

“Yeah, he sent me a fully clothed dick pic, and I mean he was fully clothed but also his dick had on a little hat and vest or whatever,” said Beauchamp’s cousin Steven Montesanti. “He said he didn’t know my girlfriend’s number and that I should tell her if she wanted to date more of a gentleman, she should contact him.”

“He ended the text with ‘no worries, of course,’” Montesanti continued. “He had absolutely no idea why I was upset with him; he said he was just trying to ‘float the idea.’”

Beauchamp’s girlfriend, who is reportedly in an open relationship with Beauchamp, reached out to reporters directly to praise the penis-fedora.

“I think it looks absolutely fantastic,” explained Aiko Suzuki, Beauchamp’s fictional waifu girlfriend whom he draws on occasion. “I love Martin so much and when he finds a real life human mistress, I will be very sad he will have to move on from my love!”

At press time, Beauchamp updated his ‘Gender and Style’ blog with another daily post featuring a list of 400 pieces of fashion advice for women looking for love.