Twitch Bans All Mentions of Virgin Mary and Incel Joseph 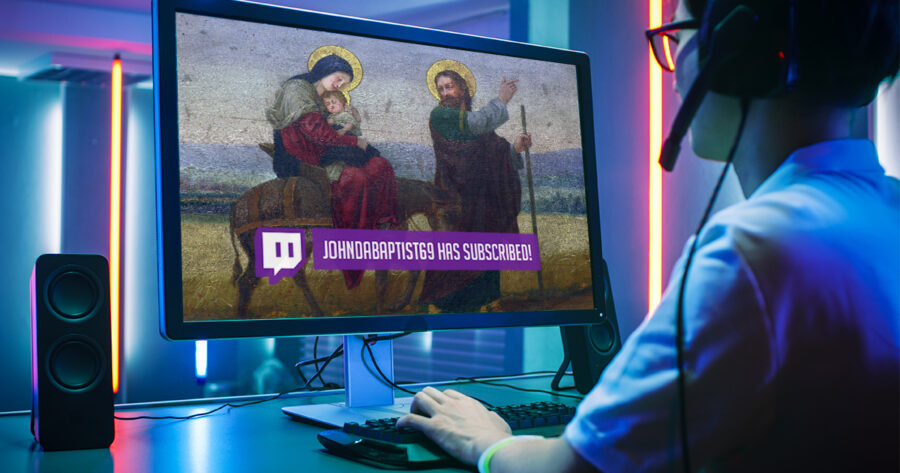 SAN FRANCISCO — Just before Christmas, video streaming platform Twitch has banned users from making any mention of the Virgin Mary, the Incel Joseph or any of the Three Wise Simps.

“There’s a War on Christmas, and we just shot out our first blast,” said Twitch CEO Emmett Shear. “At the end of the day, we would love for our viewers to discuss these important religious figures as much as they would like. But it is ultimately impossible to have even the friendliest of conversations without using these derogatory ideas. Mary is a virgin, ugh, Joseph is an incel, boo, and the Three Wise Men are all awful simps, no thanks. It upsets me deeply.”

“I play Santa’s Big Adventure 3 every single day on Twitch. How the fuck am I supposed to play to my audience without mentioning that incel fuck Joseph?” said popular streamer JezusFreek94. “I’m a raging angry Christian streamer and I am being grabbed by the fucking balls here, Bezos.”

“I was just about to host my speedrun event of King of Kings: The Early Years, an actual NES game about, I guess, a prequel to Jesus,” said Twitch user kingofkingofkings. “I don’t think it’s possible to have this event without constantly talking about the Three Kings being just big ole simps for Mary. I mean they were just giving her gifts and shit, crossing a whole desert. And it’s like… first of all there’s three of you. Second of all, she’s dating GOD. Like actual GOD. How are you gonna sling better dick than the big G?”

At press time, an internal memo from within the Twitch offices leaked, revealing that the ban was actually a result of Bill Gates calling Twitch owner Jeff Bezos a “little virgin incel simp.”