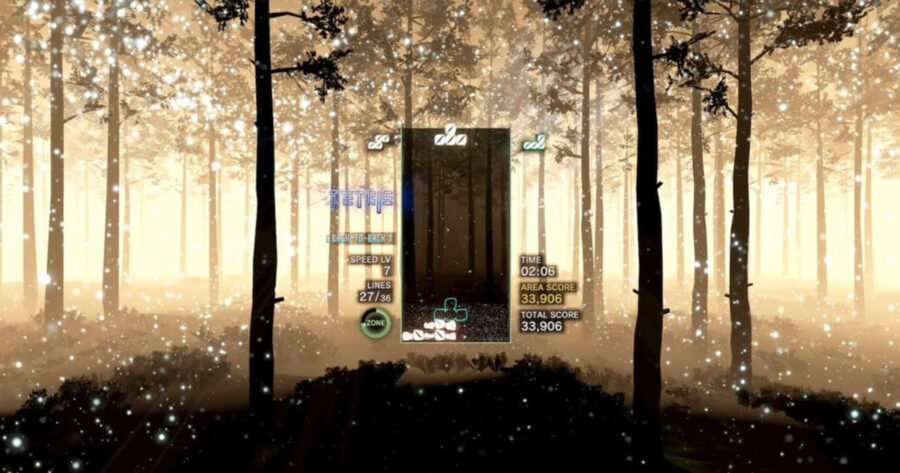 “He was apparently ‘unwinding’ from work with some Xbox the other night,” an anonymous local confirmed. “I don’t think it’s working. The sounds he was making through the wall were activating my fight or flight response. I respect the whole ‘hobby as therapy’ thing, but smashing a couple of rounds of Tetris Effect to deal with his level of stress must be like treating decapitation with Tylenol.”

Foster claimed to have been playing puzzle games to relax for years, despite all evidence to the contrary. Family and close acquaintances have observed Foster’s evening ritual since his late teens, consisting of settling into a sofa, enjoying a refreshing beverage and exploding into a white-hot murderous fury over abstract shapes and equations.

“He’s trying to undo some old habits,” long-time friend Sarah Weary explained. ”Years of online first-person shooters haven’t really prepared him for a more introspective pace. I bought him a copy of The Sims years ago, but he kept yelling at his characters to ‘play their fucking class’ whenever they wandered off. I thought Portal 2 might’ve been fun, but we got to the Gels section and he developed migraine-like symptoms. I think he thinks that puzzles are… people, or something? And that those people personally hate him?”

Weary further recalled Foster’s attempt to enjoy 2016’s The Witness, watching him furiously hit dead-end after dead-end until he inevitably threw the controller, lay rigid in the centre of his lounge room floor and stared “unblinkingly” into a humming light fixture for 15 minutes.

“Have you ever played Antichamber?” Foster asked, upon request for comment. “It’s this really interesting experimental piece about impossible objects, designed for reposeful contemplation and lateral thinking. It has succeeded in completely pissing me off every time I fire it up. I’ve done about 20 hours. I fucking hate it. Great game.”

At time of publication, Foster found himself enjoying Untitled Goose Game, claiming that the experience of a goose aggressively punishing a community with the gall to force him into quirky problem-solving scenarios was “somehow really resonating.”