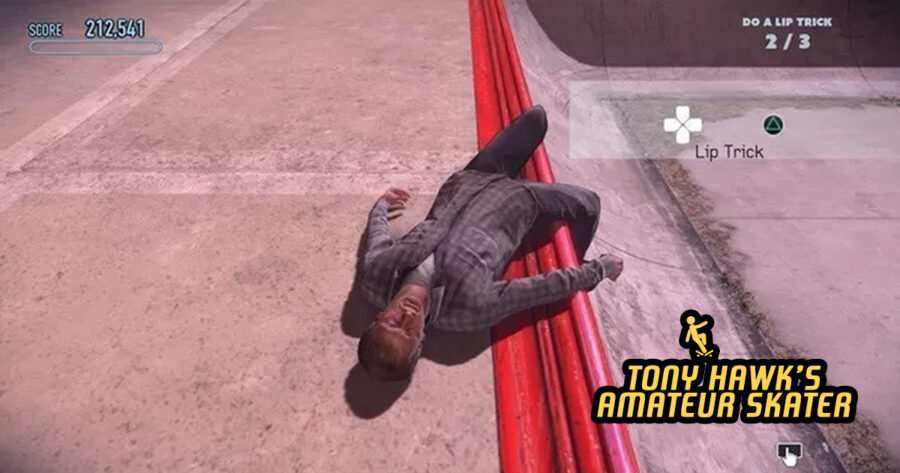 “After speaking with hundreds of amateur skaters, we knew we had to do more to incorporate the kind of gritty, street-wise punk aesthetic that leads thousands of young(ish) people straight to the emergency room each year,” said lead designer William Perry. “From the beginning, the Amateur Skater development team was dedicated to authenticity, and nothing is more authentic than having your character audibly cry because you made him attempt a hard flip and the board didn’t go all the way around and it bounced up like a pogo stick and hit him in the testicles.”

Tony Hawk himself reportedly participated in the design process, which resulted in a custom Hawk-branded neck brace available in-game.

“I may be a pro now, but I was once an amateur — and I’m no stranger to injuries. That’s why I’m proud to partner with Activision for the Breakin’ Stuff content pack, available for $9.99,” said Hawk. “The exclusive Hawk neck brace is identical to the one I wore in high school after I attempted a Kickflip McTwist in an abandoned construction site to impress my friend’s sister.”

“Playing this game makes me really feel like I’m part of the amateur skater community, even though I don’t do it IRL,” said Leslie Allison, 14. “I’ve never sprained so much as an ankle, but Amateur Skater lets me realize my dream of attempting tricks I have no business performing. I got the Breakin’ Stuff pack and everything, so my skater is already in intensive care with some cool Hawk swag, a broken collarbone and a severely bruised ego — thanks, Mr. Hawk!”

As of press time, Activision had teased a DLC that would allow Amateur Skater characters, in limited instances, to be completely sober while skating.