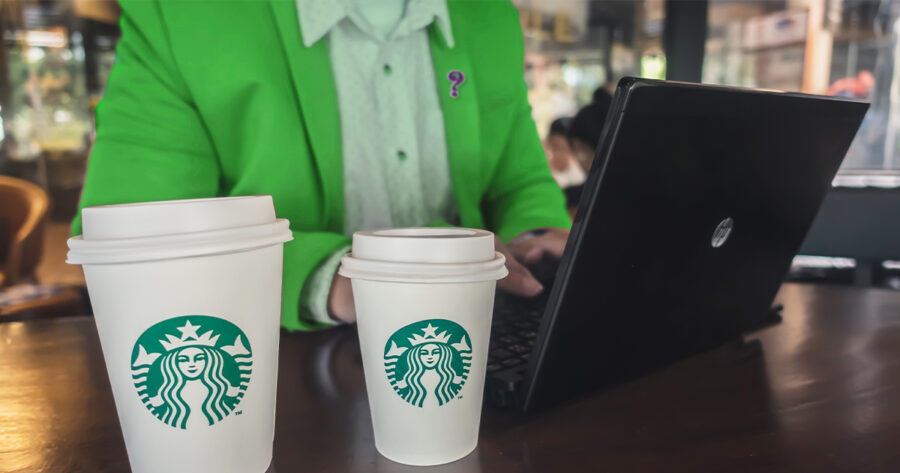 GOTHAM — Masked supervillain The Riddler was seen in a Gotham City Starbucks this morning with a laptop, allegedly writing his next batch of riddles for the caped crusader Batman to solve.

“How else do you think I have all these riddles just on hand? You think I’m improvising this shit?” The Riddler said. “I ran out of all the famous ones like right away, so now I have to put my nose to the grindstone and just crank some out every now and again. I don’t mind, though; I like writing. I find that I just can’t get any writing done in my lair, and I like the coffee shop scene to inspire me. I can usually pick up a hostage or two on the way out, too. I just fire off a couple riddles and then finish my drink and head back to my plotting.”

“I’ve seen that guy writing in here a lot, and I usually don’t ask people what they’re working on, but given his question mark spandex suit, green bowler hat, and long gold cane, I wanted to know his deal,” Evanston said. “Some of his riddles are better than others, but I think he’s got some real talent. Except for the pipe bomb he put in the tip jar that one time, he’s been nothing but a polite, ideal customer. The whole staff knows him, and we’re all going out to support him when he dangles a lady off the Gotham court house next month.”

“I knew he couldn’t have come up with those riddles in the moment. Even if they’re scrawled in blood or on some ransom note, they have to be pre-written,” Commissioner Gordon said. “I wonder what his creative process is? Does he start with the answer and work backwards? I’m hoping he’ll lead a workshop in Arkham or something, or maybe at least have coffee with me so I can pick his brain, test out a few riddles I’ve written and give me notes, that sort of thing.”

At press time, The Riddler swore revenge against Batman, as soon as he could retrieve his google doc account with all his riddles on it.