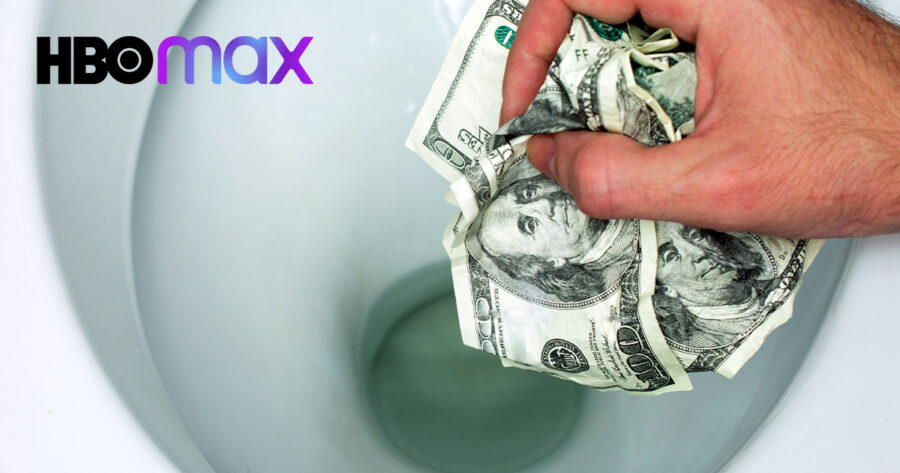 LOS ANGELES — Warner Bros. Discovery has debuted a bizarre new show on HBO Max that simply shows a man flushing about $90 million of theirs down a toilet.

“It’s weird, but I guess it’s a much quicker way of doing that than they did with Batgirl,” said pop culture journalist Ann Carpenter. “They spent almost nine figures making a movie and now they won’t even throw it on their streaming platform? It makes no sense. At least with this new toilet show they’re cutting out the middleman and not shutting down any city streets to make a movie no one will ever see. I might check it out, actually. HBO stuff is always so good.”

The new series, A Guy Just Stands There and Flushes 90 Million Dollars Down A Toilet premiered last night, garnering high ratings and mixed reviews. Even the show’s star reported having mixed feelings about the project.

“I didn’t understand [the assignment] myself at first, but a gig is a gig, especially an HBO one,” said Conrad Harris, the actor portraying the titular ‘Guy’ in the prestigious network’s latest original show. “They said they had some radical new ideas as to how to help get viewers connected to their expanding universe of content, and I guess flushing 90 million dollars down the toilet was a part of that vision. Seems weird to me, but what do I know? I guess John Wilson was busy.”

“Am I in the DC Universe now?” he added.

Executives at Warner Bros. Discovery defended their recent decisions, which have drawn the ire of many fans.

“Look, we know you were excited about the Batgirl movie, but we saw it, and we’re doing you a favor,” said Walter Winstead, a senior VP with the corporation. “I mean sure, the action scenes were alright, and it was absolutely great to see Michael Keaton as Batman again. And honestly, J.K. Simmons and Brendan Fraser never disappoint. Oh, and Leslie Grace is clearly a star. But besides that, there was just no way anyone in the world should ever, ever see this movie, not even once, nope. You’re welcome!”

As of press time, the newest episode of The Rehearsal also featured Nathan Fielder flushing $90 million of HBO’s money down a toilet.