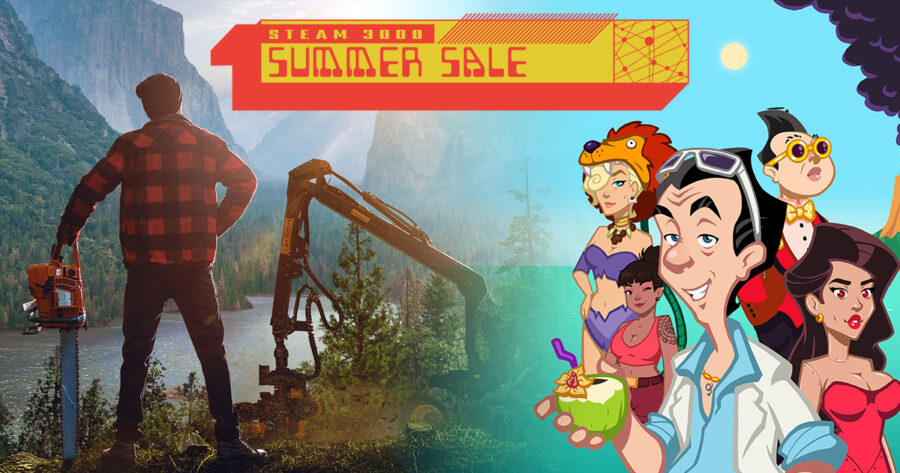 The Steam Summer Sale is afoot which means it is time to collectively empty our wallets on a bunch of games that will sit in our backlog to later be joined by even more unplayed games in the next big Steam sale. Reputable sites may recommend some of the featured items such as Dying Light 2: Stay Human which was released this year and is 33% off.

Not us though. Fuck that noise.

We scrolled to the very bottom of the list to pull out some of the weirdest picks we could find for you to waste your hard-earned cash on. They’re very strange, but have some positive reviews. Maybe they’re actually good! I wouldn’t know! I haven’t played any of them. How about you tell us after you’ve played them?

The Franz Kafka Videogame | Under $1 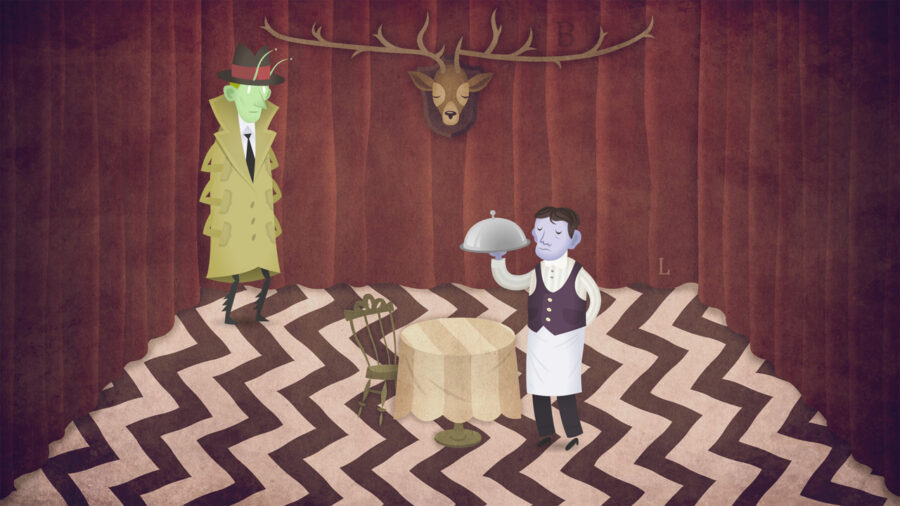 Hideo Kojima… Tim Schafer… Franz Kafka. These are the brilliant minds you think of when it comes to writing and video games. This puzzle adventure game follows the writings of Bohemian novelist and short-story writer, Franz Kafka. Some of the works tapped into for this point-and-click are “The Castle,” “The Metamorphosis,” and “Amerika.” Tap things on screen in the correct order while facing existential dread and questioning your own place in this dull world. The game is 90% off putting it under a dollar which you’ll have maybe even earned back while playing this on your work computer occasionally checking Slack for new notifications. 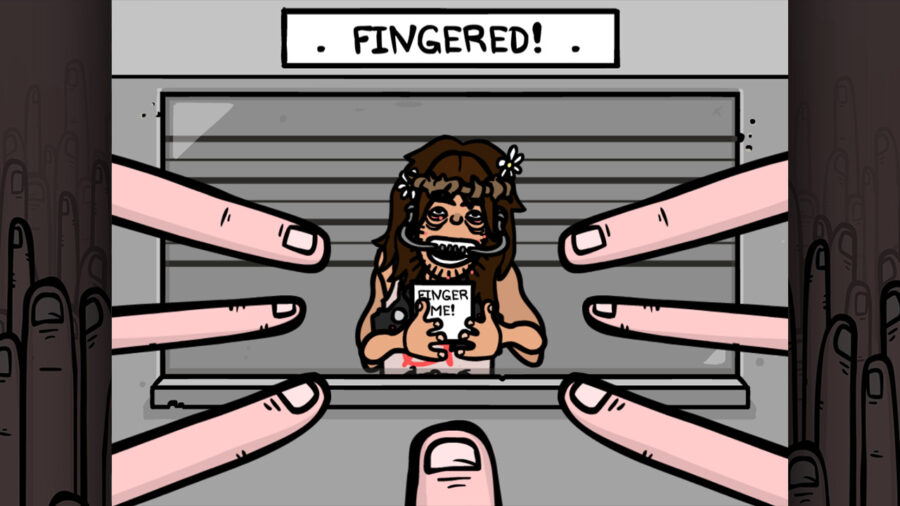 I hate to burst your bubble, but no, this isn’t what you think. This is a Guess Who-style game where you have a police lineup of suspects while you’re fed descriptive info from the witnesses who may or may not be reliable. More importantly, the game comes from Edmund McMillen, the creator of one of the most popular roguelikes of all time—The Binding of Isaac. That very much comes across in the off-putting character designs and thick bold outlining. The game has you fingering the guilty party and sending them to the electric chair. Were you right? Eh … not your concern really. This one’s also down to just under a dollar so it’s also not much of a concern whether it’s that good or not. Great excuse to have a video game called Fingered in your library. 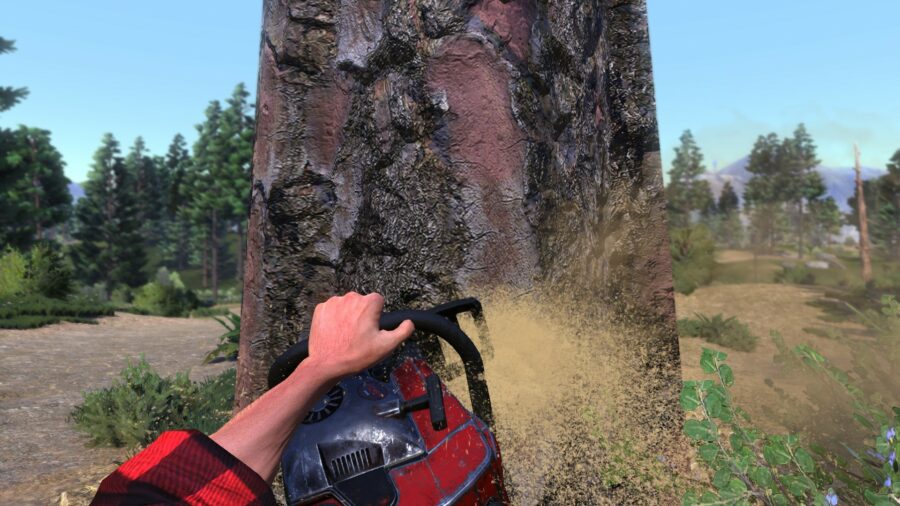 There are many obscure simulator games that put you in unique blue-collar jobs like landscaping or being a goat with a jetpack. Lumberjack’s Dynasty has you embodying a young lumberjack as the title implies having just moved into the valley to start their logging business. Harvest wood, build and design buildings with wood, drive vehicles carrying wood, get married (to wood presumably), and have kids (possibly made of wood) to take over the family business you started from scratch. These simulation games have never done much for me. Though this one being 50% does have me going, “hey …maybe!” 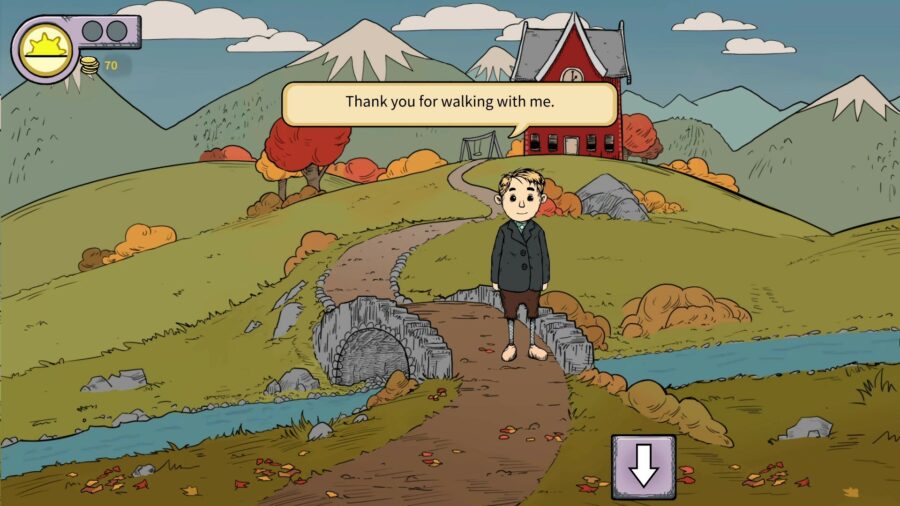 Okay, this is one you should actually consider buying in earnest. This game is based on a true and fucked-up program put in place in Nazi Germany which you can google yourself after reading this article. The game has you step into the shoes of the adoptive parent of either Karin or Klaus. Read them bedtime stories, wash their face, serve them breakfast, and help them navigate a world that hates them and they’re very existence. It’s 30% off for the sale and is the one on this list I’m most likely to sincerely play. I mean, it beat out Celeste (and the Nintendo Labo?) for a BAFTA award. That’s no small task. 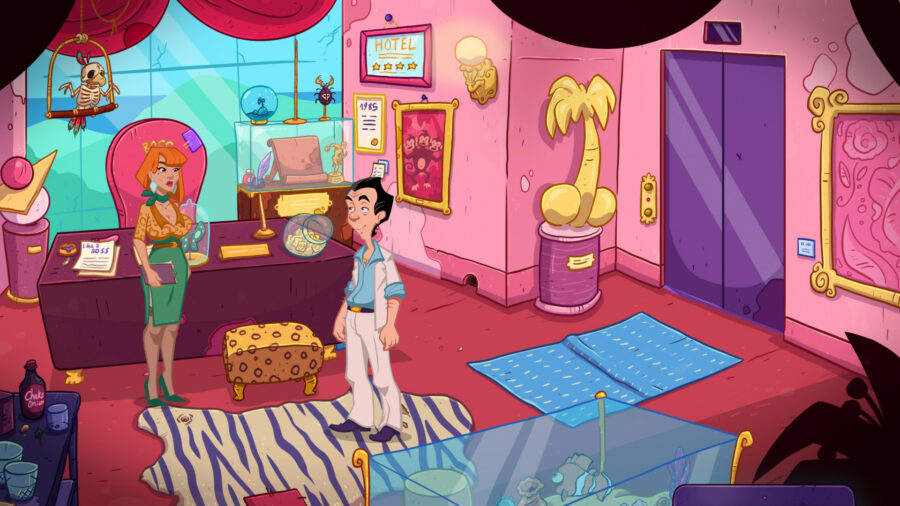 Yeah that’s right. They’re apparently still making Leisure Suit Larry games. In 2020 we received the latest release starring this kooky misogynist in Wet Dreams Dry Twice. To give a preview of what you’re getting into, the trailer opens up with Larry complaining he can’t pass through a heavily-forested area as a disembodied female voice asks, “when has a thick bush ever stopped you?” It appears to be mimicking the style of a LucasArts point-and-click with roundabout solutions like inflating a blowup sex doll by sticking the oral valve in the end of a glory hole. I do suppose that’s a little more straightforward than using a monkey as a wrench because of a silly pun. The game is a solid 75% which is 6% more than a game like this should have been.