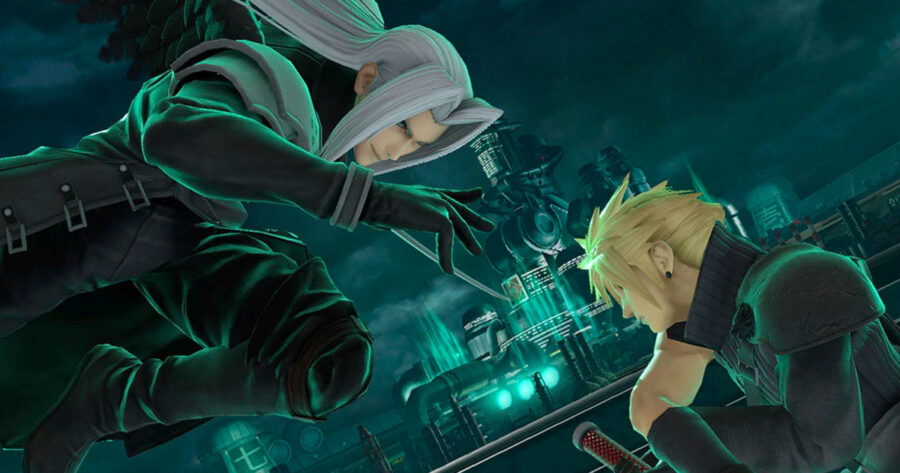 “I am pleased beyond belief to hold the honor of hosting this long-awaited crossover,” said Smash Bros creator Masahiro Sakurai. “I may not be able to see the best years of my life, but at least you can figure out who would win between video game characters Cloud and Sephiroth. I can only hope that this makes you all happy. Because if not, well… then this is all for naught.”

Fans are ecstatic to live out what was once only a fantasy.

“Me and my pals would always wonder who’s stronger, Cloud or Sephiroth,” said avid game enthusiast Greg Zimmerman. “Though, this is only one of the many hypotheticals tossed around back in the day. We would get into arguments about Donkey Kong vs. King K. Rool, Samus vs. Ridley, and Mario vs. Bowser. I’m glad Smash Bros can answer this question since I was never able to get to the end of those games to see for myself.”

“It’s great being able to finally answer all these hypotheticals,” he added. “When I was a kid, the only one I ever really figured out, while trying to not be stuck with the Mad Catz GameCube controller, was the question of who’s stronger? Me or my older brother Daron. And it was always Daron. He was a lot stronger.”

According to a press release, Square Enix is also happy to allow this massive crossover in Nintendo’s flagship fighting game.

“We are happy to see the response the fans have had,” said Square Enix CEO Yosuke Matsuda. “If you guys liked Cloud fighting Sepiroth in Smash, just wait until you have to fight him every ten minutes in Final Fantasy VII Remake parts two through eight.”

At press time, whenever anyone asked Sakurai if there was going to be more DLC, he allowed them to finally learn how they would fare in a battle against his Master Hand and Crazy Hand.