Study: 85% of Christians Still Do Not Believe Humans Evolved From Donkey Kong 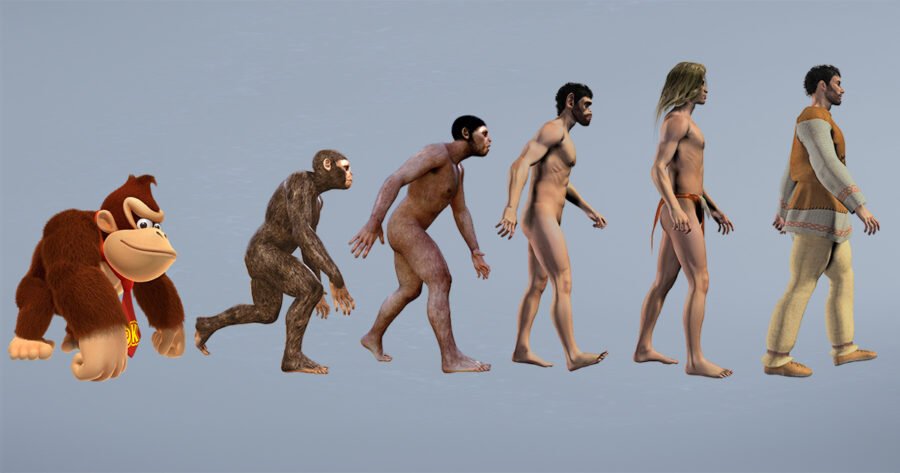 WASHINGTON — According to a nationwide survey conducted by the Pew Research Center, an overwhelming 85% of Christians do not accept the scientific truth that human beings evolved from the classic Nintendo character Donkey Kong.

“Our analysis shows almost all Protestants and Catholics alike are generally unwilling to believe a barrel-throwing, tie-wearing gorilla, or any member of the DK Crew, is the common ancestor of all mankind,” said senior researcher Carson Hoffman. “In fact, many still believe that God created Adam, Eve, and Donkey Kong separately in the Garden of Eden six thousand years ago.”

In stark contrast to the creation myth in the book of Genesis, modern anthropologists have conclusively traced modern humans back to the original 1981 arcade game Donkey Kong, where they were originally referred to as jumpmans. For many devout churchgoers, such a notion is blasphemy.

“To say humanity descended from a bongo-playing ape from the Banana Kingdom is the greatest insult to God’s children ever devised,” commented Evangelical preacher Thorn Goode. “I’ve never seen Donkey Kong turn into a man, and I don’t think that sort of thing should be taught in our schools.”

Though the more fundamentalist sects reject the science, there are those enlightened few in the minority 15% who say Darwin’s theory of Donkey Kong evolution does not have to contradict faith.

“God works in mysterious ways,” said Unitarian priest Armando Feliz. “It may have been God’s plan all along to subtly guide natural selection, from Donkey Kong, to Donkey Kong Jr., to Australopithecus, and so on, all so that we could exist today as Homo sapiens.”