Students Pledge Not to Game After Visit From Guy Who Used to Play addictinggames.com All Day 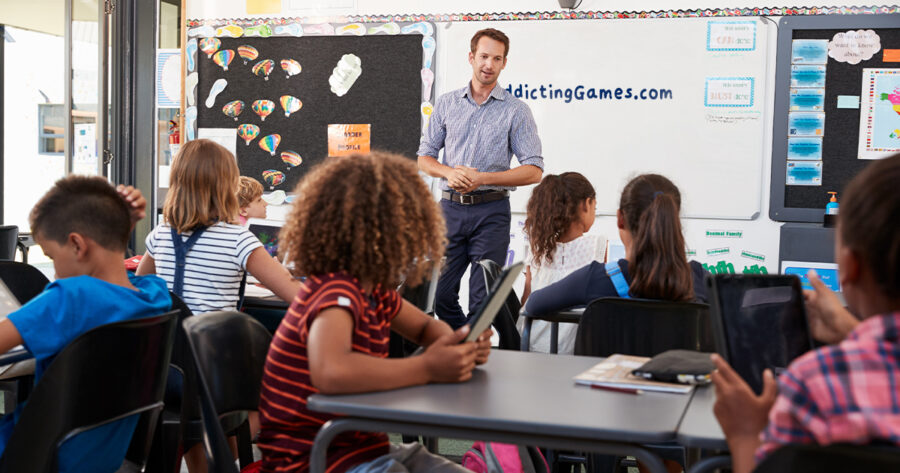 SWAMPSCOTT, Mass. — The students in Martha Berg’s 5th grade class made a promise not to play video games after a guy who used to spend all of his time on addictinggames.com spoke to them.

“It was really scary hearing about how much time that guy wasted playing Bloons, Line Rider, and Kitten Cannon when he was my age,” said student Sidney Colletta, proudly wearing a “Just Say Game Over!” sticker on her shirt. “I used to think gamers were the coolest people around, but after learning what it’s really like to play browser games on the internet, I now know how uncool, gross, and unhealthy playing video games is.”

The visit from 30-year-old Patrick Kelly was sponsored by the US Department of Education’s Disregard Electronic Fun, Youths, or D.E.F.Y. program.

“Joe Biden has made keeping our kids away from video games a core part of his political mission ever since he told the video game industry that ‘Mr. Goodbar is a spoon of malarkey, Jack,’ during the Mortal Kombat hearings in the ’90s,” said Department of Education spokesperson David Kerrigan. “We know that video game culture can be an entryway to right-wing extremism, and we’re going to combat it with the same means-tested methods that helped us win the War on Drugs.”

Attention in the classroom was rapt as Kelly described circumventing his school’s website blocker by translating the Addicting Games homepage using Google Translate in order to feed his sick cravings.

“I missed out on learning crucial life skills like learning proper MLA citation format or lattice multiplication cause I was too busy Spanking the Monkey,” said Kelly as he showed off the minor carpal tunnel injuries he sustained while gaming. “It’s my hope that we can reach these kids before they get turned onto harder stuff like Miniclip or Candystand. The real World’s Hardest Game? Escaping a pattern of addiction.”

At press time, Sidney Colletta had broken her pledge after a 7th grader invited her over to watch them play Fortnite.