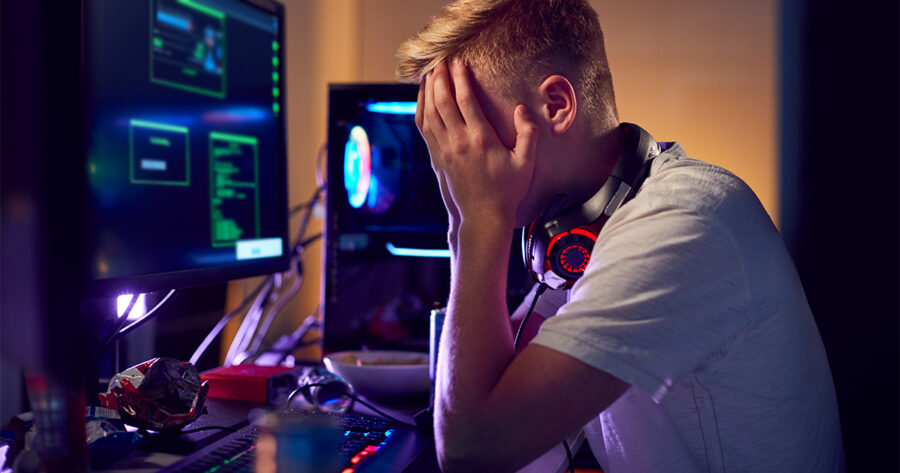 NEW YORK — A prominent Twitch user named SpongiChum is reportedly under investigation by the IRS after their historic and deeply troubling “Twitch Does My Taxes” live stream.

“I tried following in the footsteps of the greats before me, like Twitch Plays Pokémon and Ludwig’s record-setting stream, and look at what happened,” Chum said. “Nothing means more to me in life than my Twitch family, which is why I let them dictate every aspect of my life. How was I supposed to know they’d declare 1851n25l125hj12ll55k dependents for me?”

Well-known for scripting life according to the whims of the stream, SpongiChum has garnered headlines before for streams like Twitch Washes My Body and the stream that sent him to the hospital, Twitch Tells Me When To Breathe. The stream where viewers could influence Chum’s tax records instantly became the talk of the streaming site.

“I love watching Chum because it’s like being in a hivemind. A very stupid hivemind, sure, but a hivemind nonetheless,” said one longtime fan. “Sometimes when I feel like I’ve messed up my own shitty life, I can log onto Chum’s stream and remember that I can actually fuck up someone else’s life way worse. And I mean waaaaay worse. It’s reassuring.”

All personal information that Chum entered into TurboTax was decided by viewers. Anyone who subscribed could choose what information would be put into Chum’s 1040 forms via chat emotes.

“After receiving a notice from the IRS, I began work on a ‘Twitch Defends Me From The Government’ stream,” explained Chum, “but I have been advised by everyone who knows me IRL that this would be a bad idea. But that’s just my parents’ advice against thousands of viewers, so it’s a wash.”

At press time, a despondent SpongiChum was thankfully unharmed by a suicide attempt after he let Twitch chat choose to load his gun with bubblegun instead of bullets.