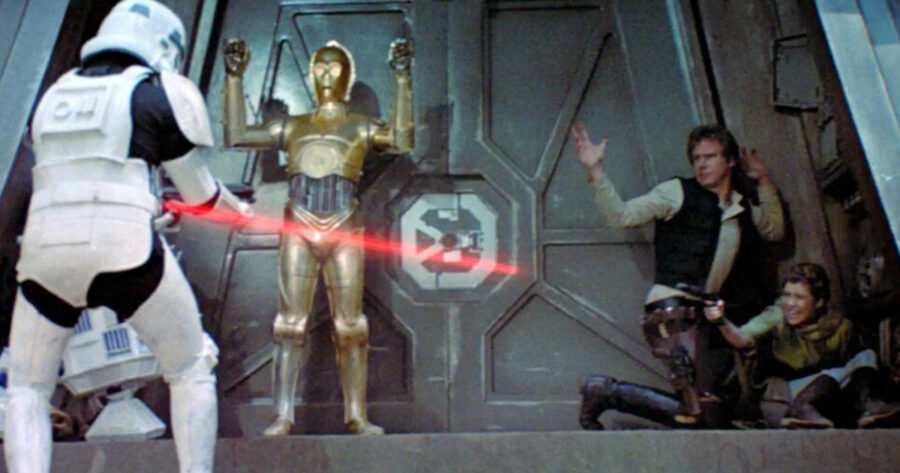 “I know it probably looks like I’m a pretty shit trooper when I can’t even blast the rebel scum who are all neatly aligned in a corridor in front of me, but I swear I’m so much more confident with the trigger after I have a couple of cantina daiquiris in me,” explained TK-684, somehow visibly drunk on whiskey with his helmet still fully covering his face. “Do you remember that one guy a while back who shot the thermal exhaust port that was smaller than a womprat on the last Death Star? Yeah, I could totally do that, too, even behind the back, after downing a couple shots. Just don’t tell the emperor I said that.”

Fellow stormtrooper TK-845 disagreed with his comrade’s assessment that he’s a better shot when he’s “as drunk as Bothan.”

“684 always says this bullshit. If he’s not going on about how he could blast this or that while hammered, then he’s begging one of us for a few more credits to play “My Twilek Sharona” on the cantina jukebox again,” said TK-845. “Personally, I’m sick of it. I’ve had to pull that idiot out of so many fistfights with Wookies that I’m ready to just let him go and have his arm pulled out of the socket next time around.”

“Under no circumstances should any troopers be drinking on the job. This is an intergalactic, evil empire, not fucking space Mardi Gras!” lamented Schochk. “I swear to fuck, these army boys are the goddamn worst. Always thinking with their blasters instead of the conditioning software we implanted in their heads. If I could only get the Sith to understand their lack of discipline, maybe we’d have fewer random protocol droids with missing limbs on this space station.”

At press time, TK-684 was “pulling a William Tell” with the help of a terrified, trembling Jawa.