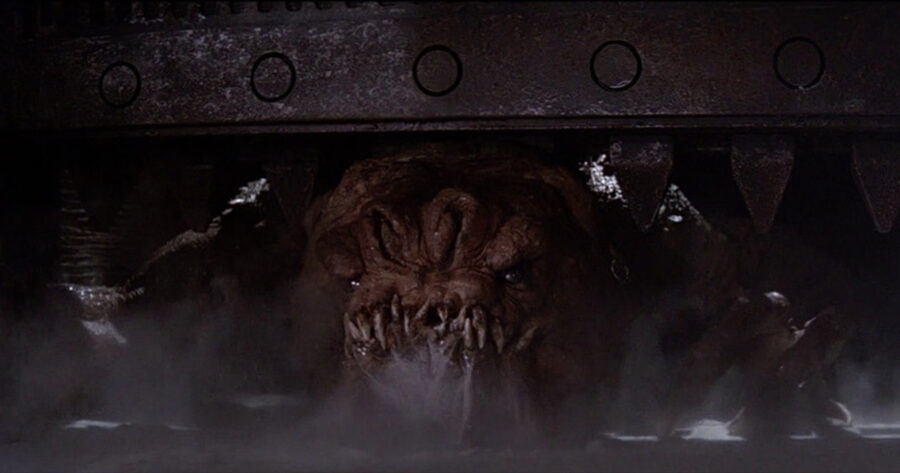 BAY LAKE, Fla. ー Guests aboard Disney’s Star Wars themed Galactic Starcruiser hotel witnessed an unscripted moment of drama when a cast member portraying a Twi’lek dancer broke character and was then immediately fed to another employee dressed as a rancor in the hotel’s basement as punishment.

The incident kicked off when the cast member playing Seela Doneeta, a green Twi’lek belly dancer, ad-libbed a remark about a hotel guest’s Seattle Seahawks jersey.

“She said the Hawks would have to be part of the Sith to trade Russell Wilson to Denver,” explained Hugo Miller, 45, a Seattle native. “Then two of the stormtrooper guys came in and dragged her out while she begged for mercy. Everybody was uncomfortable. Even the weird yellow puppet thing on Jabba’s lap stopped laughing, even though that’s basically all it does.”

Though the comment was innocuous, conversation about out-of-canon topics is a breach of Disney’s cast member agreement and, according to the employee handbook, may result in the firing of the employee, as well as any additional character-specific punishments proportional to the severity of the offense. In this case Seela Doneeta’s punishment was being fed to another cast member wearing a $60,000 animatronic rancor costume.

“They turned on a big TV so we could watch it live, edited exactly like the scene in the movie,” said eight-year-old Starcruiser guest Riley Davis. “The blue lady kept clawing at the door, but the stormtroopers wouldn’t let her go. Then there was this big roar and she got gobbled up, and my parents had to sign some paperwork afterwards. It was awesome!”

A representative for Disney refused to share personal information for the Twi’lek actress, claiming that she had given up her “human name, along with any associated rights,” as part of her original employment agreement with Disney.

When pressed to confirm whether the actress had actually survived being devoured by the animatronic rancor, the representative said in a followup that, “Disclosure of that information would undermine the strict adherence to an immersive environment that Star Wars fans both demand and deserve.”