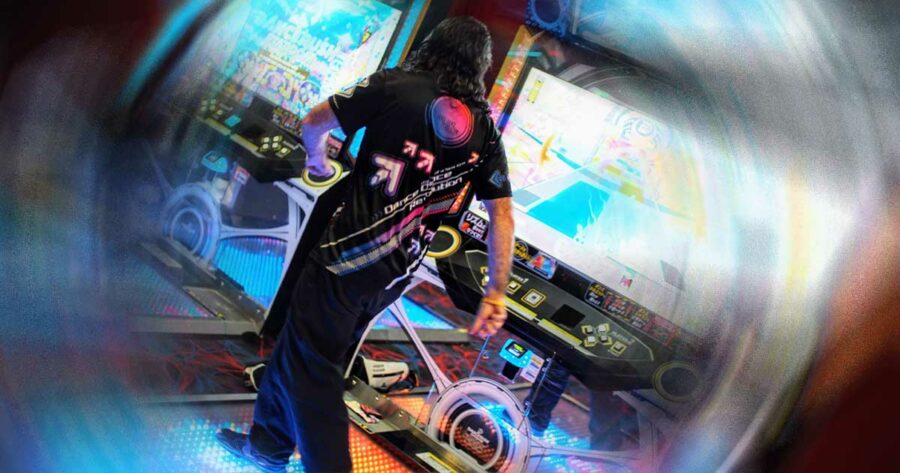 MIAMI — Reports flooding in this morning have confirmed that an absolute hoss rolled up to the Dance Dance Revolution machine at Andy’s Arcade earlier today and let every man, woman, and child there know who was the king of the place.

“Did you get a load of that big boy over there fucking shit up on DDR,” asked Randy Bowman, one of several amazed bystanders. “I knew it was gonna be worth watching when I saw him hang his trench coat on the Time Crisis gun and start doing the weirdest warm up exercises I ever saw. And then holy shit, that song kicked on and his legs started firing around like they weren’t connected to his upper body. I thought that big fucker was gonna stomp through the machine if I’m being honest.”

Many reported stopping doing whatever they were doing in order to watch the big boy do his thing on the Dance Dance Revolution machine. Following the successful routine, the mysterious hoss calmly gathered his things and left.

“That dude is an absolute legend,” said Wendy Smith, another onlooker. “The way he wiped some sweat from his brow, mumbled ‘That was okay, I guess,’ and shuffled through the gathered crowd, only to escape as quickly as he appeared. Some total Neo shit. They even had the same sunglasses, I think. I’ll probably never look at dancing the same way, if I’m being honest.”

Employees of the arcade were less shocked by the display of territorial dominance.

“That big sumbitch comes in here once or twice a week and absolutely lights that machine up,” said Alvin Clementine, a part-time employee of Andy’s Arcade. “It’s a hell of a sight. I let him take a prize from the wall even though Dance Dance Revolution isn’t a game that awards tickets. He’s just that good.”

As of press time, the mystifying Dance Dance Revolution master had tripped and fallen down the stairs on his way out of Andy’s Arcade.