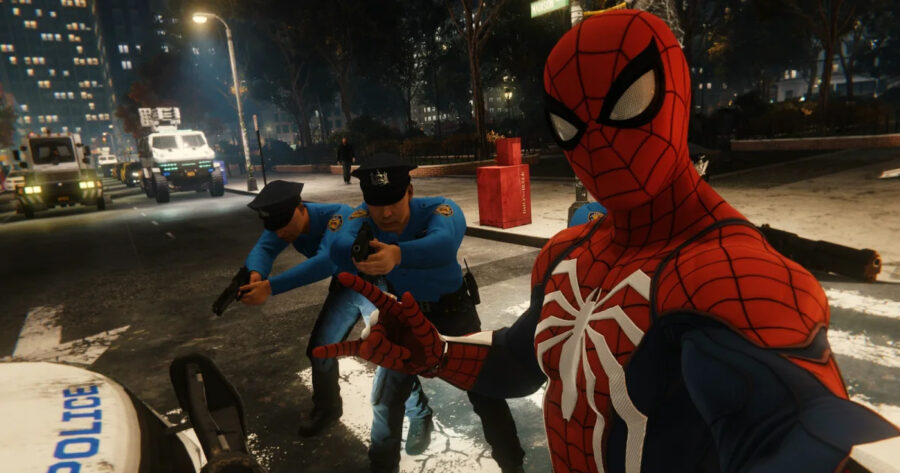 BURBANK, Calif. — Insomniac Games has fast tracked DLC for their hit PlayStation 4 game Spider-Man that lets players control the costumed hero as he aids the police in breaking up protests in Brooklyn.

“Whoa! Did Mysterio send you goons? I dig the outfits!” says Spidey in a trailer for the DLC, as he dodges rocket launcher blasts from protesters near Barclays Center. “There’s nothing about my job that I love more than locking up criminals. Spider-Cop to the rescue!”

Lead developers explained that every character in the game is back — there’s even an entire section of the game where players control the police officer Yuri Watanabe from the first game — except Miles Morales, who developers said they ran out of time to work on.

“We’re really excited about this update to the game,” said Creative Director Steven Rice. “We have introduced a brand new feature to the game called Curfew Mode that I think fans are going to really like. After 8pm in-game, Curfew Mode is activated, and Spidey can just go to town beating the crap out of random bystanders. Any NPC is fightable.”

The DLC is set to include a variety of new side quests as well as a full main story. Replacing the police surveillance towers from the base game, Spider-Man now helps the police set up landing pads around Brooklyn for surveillance helicopters.

“When we set out to include Brooklyn, we wanted to make sure that it was as accurate as possible,” Rice continued. “That’s why we made sure to include some painstakingly accurate landmarks, such as the Metropolitan Detention Center and the Brooklyn Detention Complex.”

According to Sony, the DLC sold record amounts after developers clarified that, yes, you can still just swing around and climb shit.