Sonic Frontiers Stage 1-2: How to Get Sky Sanctuary S Rank

The game’s second level already provides quite a challenge. 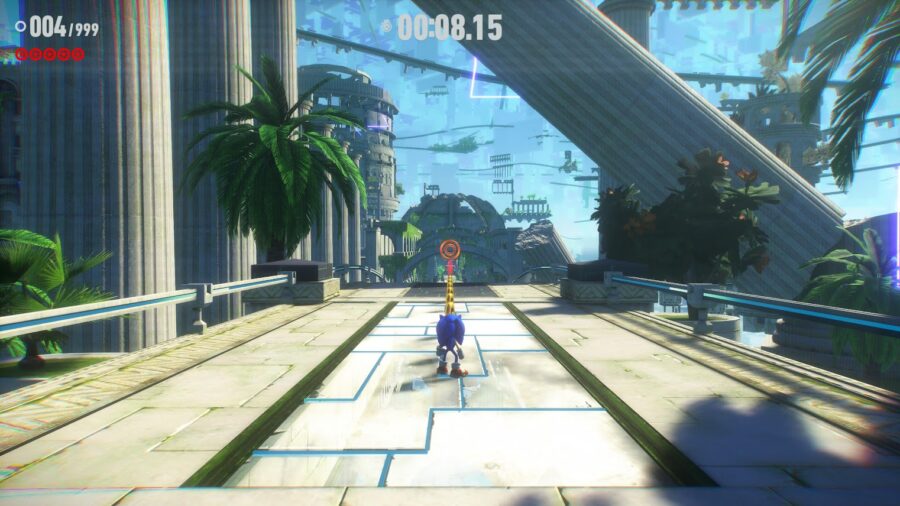 Getting an S rank on Stage 1-2, Sonic Frontiers‘ second level, is tough. Whether you want to be a completionist, or you just want to stockpile extra keys at the beginning of the game, getting an S rank on this level will be helpful for your playthrough. However, this Sky Sanctuary-like level can be a bit unforgiving.

Fear not! Luckily, I spent an embarrassingly long time bashing my head to figure out the optimal pathing for this level. It may not be the best path, but it is a simple path to an S rank, so you can get on with exploring the rest of the Starfall Islands.

Sonic Frontiers Stage 1-2 S Rank: How to Get an S Rank on Sky Sanctuary 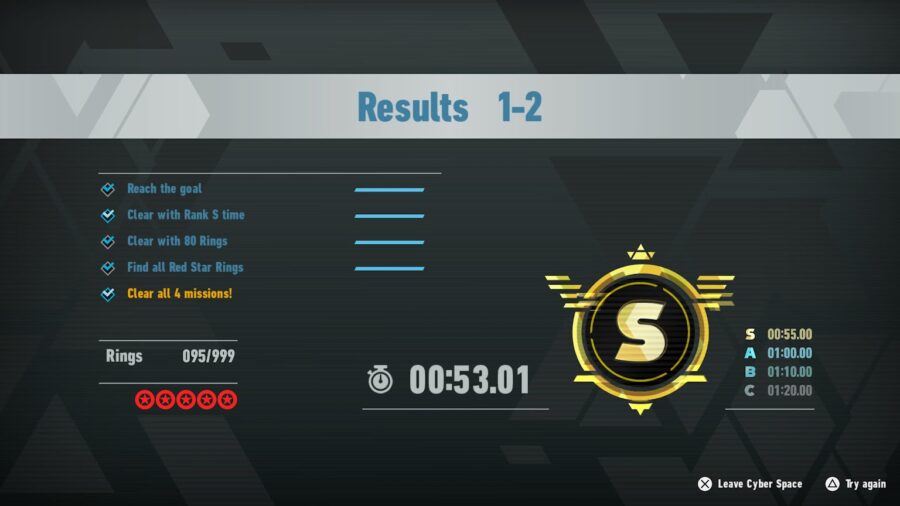 It can seem a bit daunting on your first few runs, but getting an S rank on Stage 1-2 of Sonic Frontiers is just a matter of knowing the right path. At the beginning, you’ll want to stay entirely on the ground. As tempting as the hoops in the air might be, staying grounded helps you do two things right.

First, you can maximize your boost. While it doesn’t give you as much of a speed boost as previous games’ boost did, the extra speed still helps. Second, you can take advantage of the boost panels on the ground. These give Sonic a very noticeable speed increase. Just be wary of quick stepping during this section, as it tends to put you in a bad position and halt your momentum. 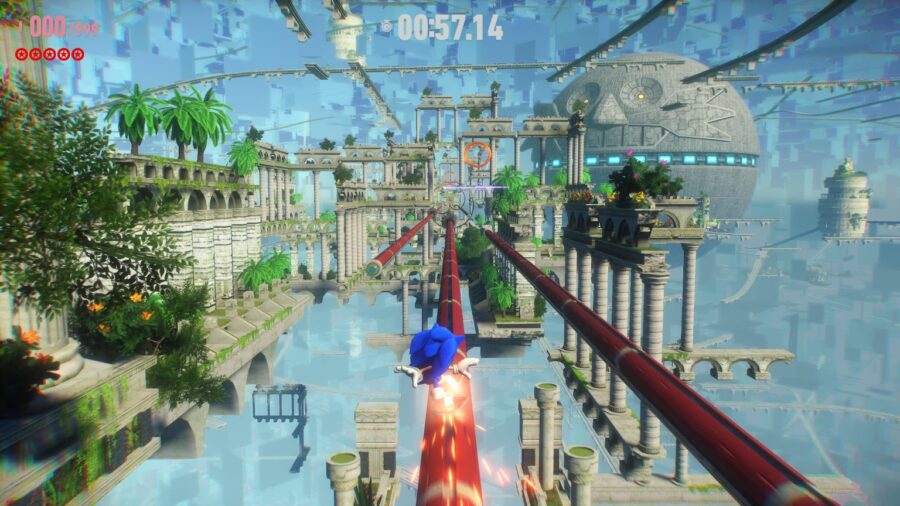 Finally, the rail sections finish this level off. For the first set of rails, the objective is pretty straightforward. Hold your boost button when you can, and try to avoid the springs, as these will almost certainly kill your momentum. After you finish this rail, you’ll have a bit of runway, then jump through the hoop to get to a checkpoint.

This rail section is largely the same.as the previous. Except this time, instead of springs, there are actual obstacles to avoid. Dodge these obstacles by switching rails using the left stick, and hold boost when on a straightaway. If you need to jump through hoops to avoid the obstacles, that’s alright. I didn’t find that they had a large impact on my time. You should then reach another checkpoint: the final stretch.

At this checkpoint, keep boosting forward and jump through the hoops. The hoops will lead to a straightaway into a rail. Ride this rail, jump off at the end, boost, then Homing Attack into the spring. This should bring you to the end of Sonic Frontiers Stage 1-2 with your shiny new S Rank!