Sonic Frontiers Giganto Guide: How to Beat The First Titan

I refuse to say “the bigger they are…” 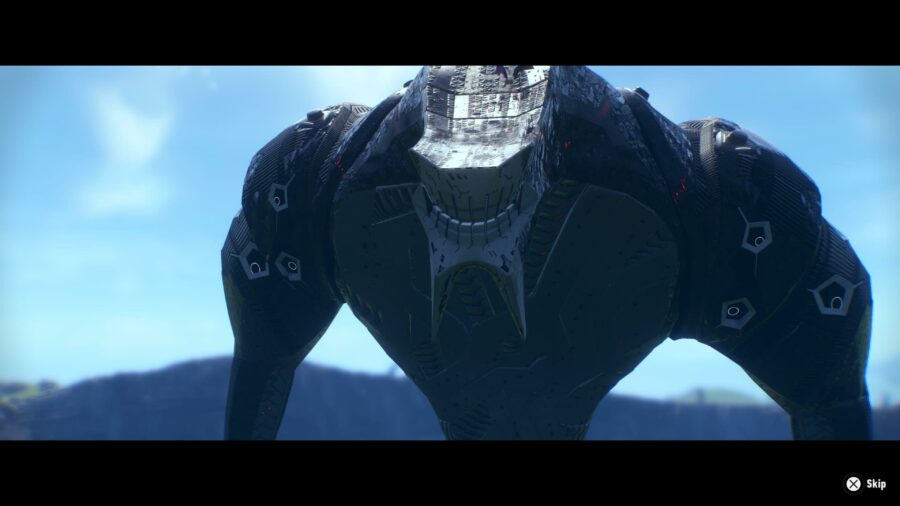 Each island in Sonic Frontiers is capped off by an epic clash against a Titan. The first one, Giganto, makes a major impact by swatting Sonic like a fly in an early cutscene. Finding six Chaos Emeralds opens the true battle over the waterfall. The fight can be a little disorienting to first timers, but there’s a trick that makes it simple. Keep pace with our Sonic Frontiers Giganto Guide. 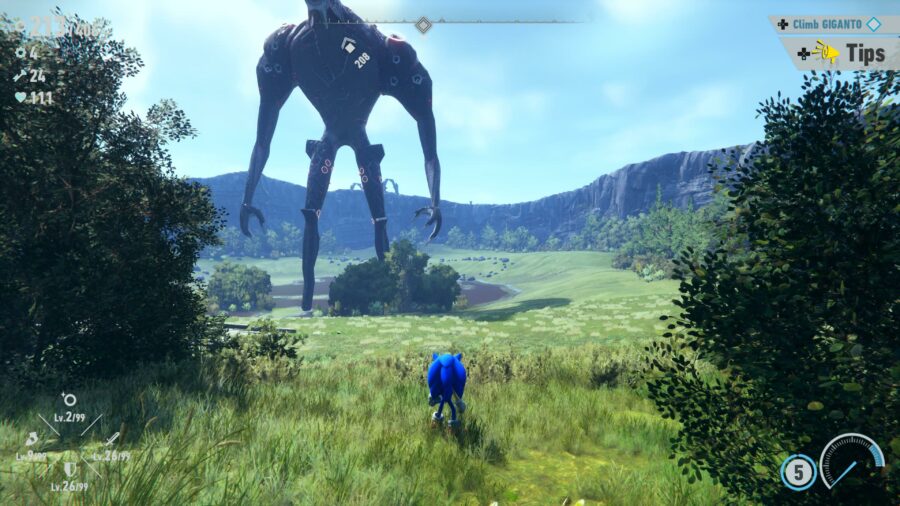 The first phase of the fight is more like a single large jump than an actual battle. The goal is to reach Giganto’s head and grab the Chaos Emerald on top. Zip over to his legs and wait for him to take a big step, then Boost into the grounded leg. Sonic can wall climb with the Boost button held down, and this guy is 100% climbable wall. The Asura enemy works in a similar way, so if you’ve fought one of those you’ll know what to do.

Try to hit him straight-on with your boost to travel directly upward. If you manage to pass through any of the blue rings on Giganto’s body, Sonic flies straight up, potentially far above the creature’s head. That’s what you want. Giganto’s hunched back (do some stretches, buddy) is covered with damaging lasers. A route through the air is the safest and fastest way to the Emerald. Use the on-screen indicators to guide your fall, and you can land right on it.

How to Beat Giganto In Sonic Frontiers: Super Sonic 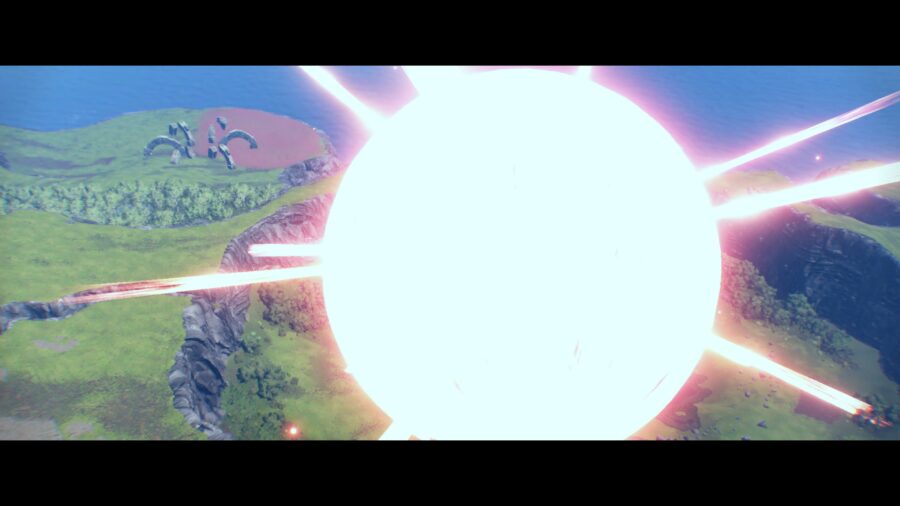 Grabbing the Emerald triggers Sonic’s Super form. Here, Sonic can’t take damage, but he slowly leaks rings and loses if he hits zero. The goal is to do as much damage as possible as quickly as possible. The easiest possible method is to parry. Hold both shoulder buttons when Giganto starts moving strangely, and you’ll automatically parry his huge claw. Then, follow up with Grand Slam when the button prompt appears. It does so much damage, that after a few of these the boss is dead.

Giganto does a few strange moves, but they tend to be harmless thanks to parry. If you hovering in front of Giganto, he’ll almost always swing his arm at you. Every time, you can respond with parry and Grand Slam. Timing is lenient, and even if you mess up, you’ve only lost a few seconds. Sometimes he fires a huge laser blast. Deflect it easily by mashing the attack button during the prompt. He has a big bite that works the same way, but the bite can also be parried!

It looks cooler to use a wide range of attacks against Giganto, but they’re ineffective compared to parry into Grand Slam. For the quickest and safest win, parry is the way to go, every time. Enjoy the tunes as well, but be warned that there’s currently no way to re-do a Sonic Frontiers Titan fight. If you want to experience the spectacle again, you’ll need a save file from just before the fight.