Fish with Big to earn some great rewards. 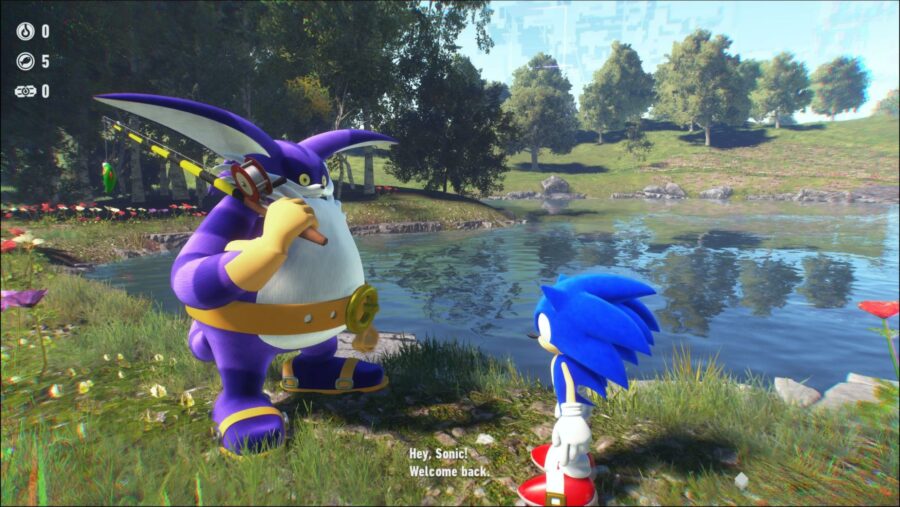 Is it really an open world title without a fishing mini-game? The answer is of course, no. And Sonic Frontiers is no outlier to this bizarre but welcome trend, hence our Sonic Frontiers fishing guide.

There’s some handy stuff to be earned in this little time sink – let’s get into where you can fish, how the mini-game works, how to earn the all-important purple coins you need to go fishing, and what rewards are available for getting involved.

How to go fishing in Sonic Frontiers 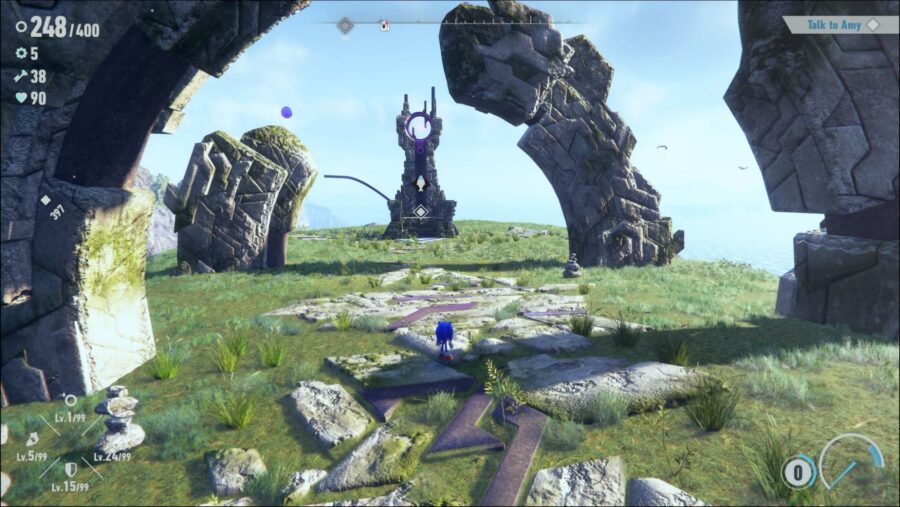 Fishing in Sonic Frontiers can only happen in certain spots, which are designated by a fish icon on the map, once you’ve uncovered them by completing the mission puzzles in the open zone.

Upon arriving there, they look much like any other portal to cyberspace, but instead of whisking you off to run in a straight line as fast as possible, you’ll land at a peaceful lake with the long-suffering Big the Cat, who’s only ever just wanted to chill with his rod. Bless ‘im.

If you want to rush straight to Big’s idyllic little hideaway on Kronos Island, the portal is on a cliff-face on the western edge of the peninsular here: 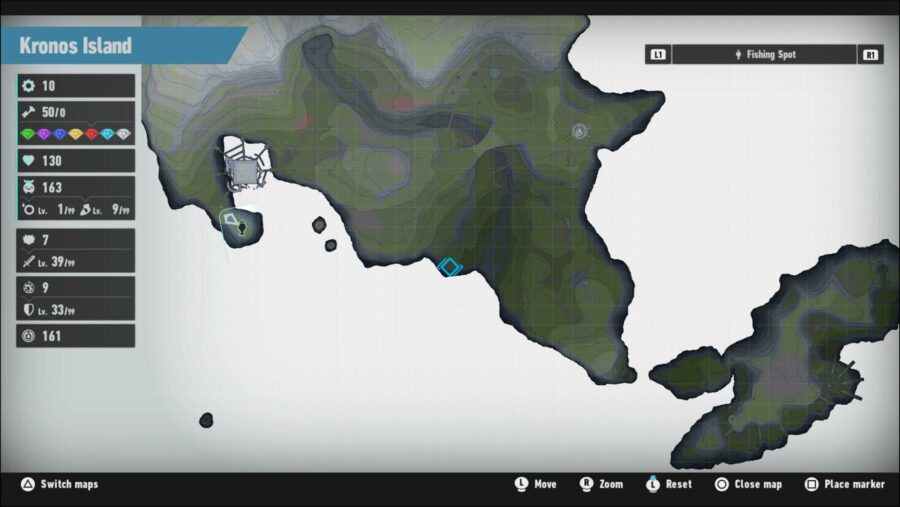 As luck would have it, Big will rent you his spare fishing rod for one purple coin a go.

How to Quickly Earn Purple Coins in Sonic Frontiers

While Big’s rod tax may seem like a lot at first, the best way to amass purple coins is to keep on with the game until you encounter a starfall event, which happens infrequently at night. These are meteor showers which resurrect the open zone’s enemies, and litter the ground with collectible meteors.

The fragments then in turn give you spins on a slot machine which appears in your UI for the duration of the event, which is about five minutes or so. I personally netted about 250 purple coins in just one starfall. Compare this to the 20 or so I’d found out in the wild prior to starfall happening – it makes far more sense to wait out a starfall occurring while exploring other parts of the islands than spend your time hunting for purple coins.

How Does Fishing Work in Sonic Frontiers? 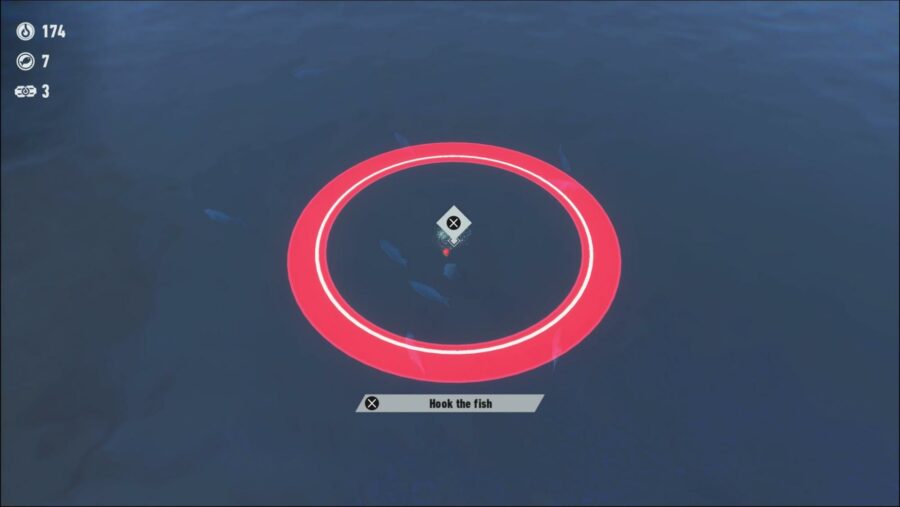 The fishing game itself is super simple – cast your rod, press the action button once prompted to reel in your catch, and then press it once again when the white circle is inside the red circle to hook ‘em in.

Each fishing area has around 25 or so things to catch, which Big will buy off you for between 1 and 12 tokens. These are then redeemed in his shop, which is detailed below.

It doesn’t take long to catch everything either – I netted all of the first areas’ goods in 32 casts, and that’s accounting for misses too. One pain point however is seeing your progress – this can only be checked from the open zone, at the portal’s entrance, which will give you a percentage completion marker. 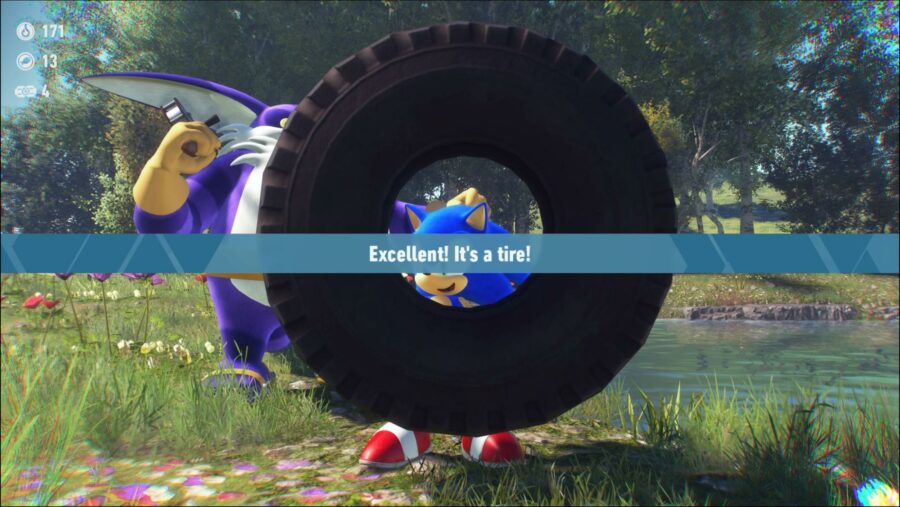 The big ones here are the two scrolls – they’re found in each of Big’s fishing zones, and unlock fast travel to the Elder Koco and Hermit Koco spots around the open zone. Note though that they must be unlocked for each of the game’s worlds before you can fast travel around them.

Big will also trade you tokens for the rewards in the table below:

Sonic Frontiers: What are Egg Memos & How to Listen to Them

The unique find here is the Egg Memos, which are little voice logs left by the rotund baddie himself, and give a bit of flavor as to what he’s up to in cyber space, and shed some light on the mysterious Sage. These can be accessed from the Fish-o-pedia in the fishing zones themselves.

This shop is also a good way to quickly get your stats up, as the seeds and Lost Kocos are pretty inexpensive. I’d say it’s not worth spending your tokens on the rest of the offerings though, as they’re very easy to come by just playing through the game.

The final thing you can earn while fishing is a golden ticket. These will be dredged up from the water itself, and can be redeemed for any one of the items in his shop. Don’t be a dafty and trade them in for rings when the Egg Memos are right there.