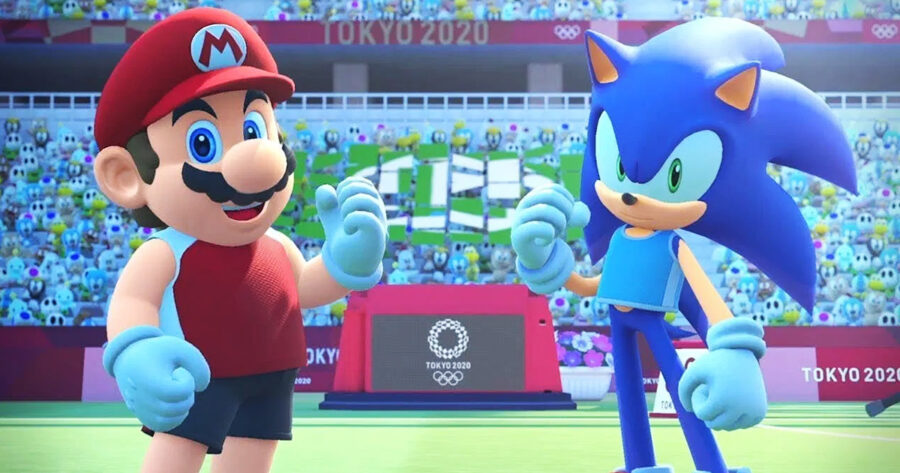 TOKYO — New reports from within the Sonic and Mario version of the Summer Olympics have revealed today that this version of the Olympic Games is as much a hotbed for sex between athletes as the one for humans.

“You have to remember, everyone competing at these events are at the physical peak of their lives. There’s really no reason to assume they wouldn’t be going to town on each other’s bodies, regardless of whether they’re a Nintendo character or a SEGA character,” explained sports analyst Mamie Wallace. “Mario and Sonic have fucked each other. Eggman and Daisy have sucked each other off countless times. Luigi and Vector have 69ed after most events. DK does butt stuff. I heard he told Shadow to ‘go bongos on [his] ass.’ And that’s only the beginning. Once you get all of these hot, athletic freaks in one spot, there’s literally nothing you can do to stop them from having sex all over the place.”

According to those working the event, a big focus at the Sonic and Mario Summer Olympics has been on sex education and providing contraception.

“There is absolutely no way in hell we could ever rip these athletes off each other, so the next best thing is to make sure they’re doing it safely,” said Dr. Lucinda Wilkinson, an Olympic health official. “It’s our job to provide contraception for everyone at the Olympic Games, and that is a pretty significant undertaking because Sonic and Mario genitalia come in all shapes and sizes. We need to have condoms that work for koopas, hedgehogs, birds, gorillas, Italians, and more.”

Despite the apparent “fuck fest” occurring at the Olympic Games every two years, there are some competitors who feel left out from the sexual activity. One athlete spoke under anonymity about what they consider an unfair practice that does not include everyone.

“Do I wanna suck and fuck and get railed by all the cool koopas and animals? You bet. But so far, not a single person has thought to ask me to get nasty!” said the anonymous athlete. “I guess it’s a blessing in disguise, because I can just focus on the events and doing my best to get as many gold medals as possible. But I think I would be good at sex if just someone gave me a chance. I mean, have you seen how fast I can spin my tails around? That’s gotta be worth something. Oh jeez, I shouldn’t have said that — please don’t include that in the article.”

At press time, several athletes at the Olympic Games reportedly complained that Sonic the Hedgehog came too fast.