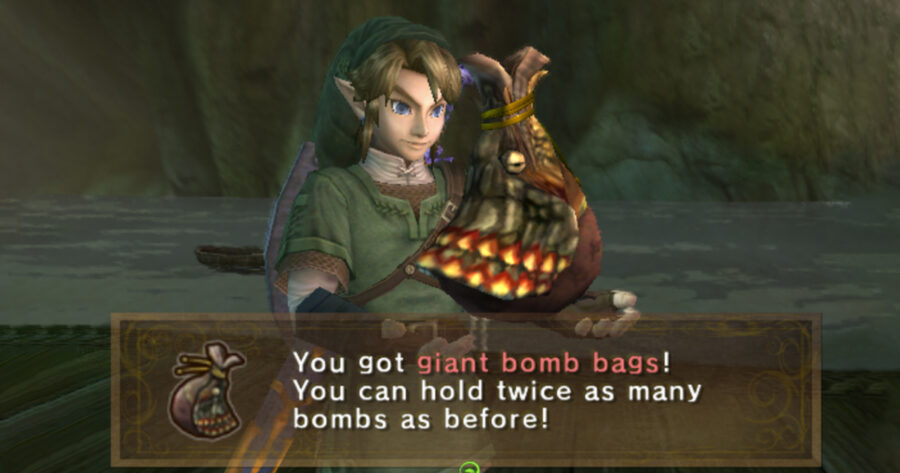 ORDON VILLAGE — The young boy many villagers have proclaimed to be the chosen one that would slay Ganondorf and restore peace to Hyrule has reportedly placed a live bomb in an unassuming villager’s home and caused some pretty serious structural damage.

“Why would he do this?” asked the homeowner, who lives with his wife and son in the humble one-bedroom abode that was badly scorched this morning. “If we’re being honest, it felt a little rude the way Link just let himself in here in the first place, but I thought, ‘Okay, here’s the guy thought to bring about the prophesied peace, he can come in and use the bathroom if that’s what he needs,’ but as you know, that’s not what happened at all.”

“It was broad daylight,” the homeowner continued. “He waltzed right in, pulled a bomb the size of a Hydromelon out of his pants, and placed it next to a crack in the wall. He didn’t even seem to care that I was there. I was so shocked that I became caught in a loop, repeating the same pat phrases about my troubled relationship with my ex-wife until someone slapped me.”

Though no one could recall the so-called “Hero” of Time ever speaking aloud, aside from a brief period where he said, “Excuuuuse me, princess,” with disturbing frequency, several witnesses recall seeing the green-clad, behatted Hylian smiling and gesturing at the crack, seemingly attempting to convey his unbridled desire to discharge explosives.

“To add insult to injury, he started picking up random pots and smashing them, grabbing whatever he could find,” said a local known as Bug-Catching Kid. “If there wasn’t anything inside, he’d pull out his sword and start swinging it wildly. At one point he was so aggressive that he charged directly into a tree, knocking a beehive down. The bees swarmed him, and he ran screaming out of town. I just felt like, man, I lent you my Bug-Catching Net, and this is how you repay me? You’re not my hero anymore, you reckless asshole.”

The village’s mayor, Bo, however, defended the actions of the impulsive adventurer.

“Look, we may not agree with his methods,” he said. “But we cannot argue with his results. Non-hero-related burglaries, vandalism, and assaults are as low as they’ve been in years. Sure, he’s provided nearly enough of that stuff on his own to offset it, but again, we must respect the methodology of the Hero of Time. This is Link we’re talking about! As such, we have decided to allocate more of our budget to go directly to him, so that he may buy the swords, shields, hook shots, and bomb-arrows he needs to keep bringing peace to our community.”

Others in the village warned of the precedent being set by letting the supposed hero do as he pleases.

“I’m sorry, but I don’t remember voting for this kid for hero or anything,” said a local villager. “If you ask me, this town’s gone downhill over the years. We have our supposed defenders out here fucking around in the streets, doing as they please, throwing chickens against the wall and shit. That’s not a hero, if you ask me. Did you get all that? Would you like me to repeat it?”

When reached for comment, Link chucked a damn pot at our reporters.