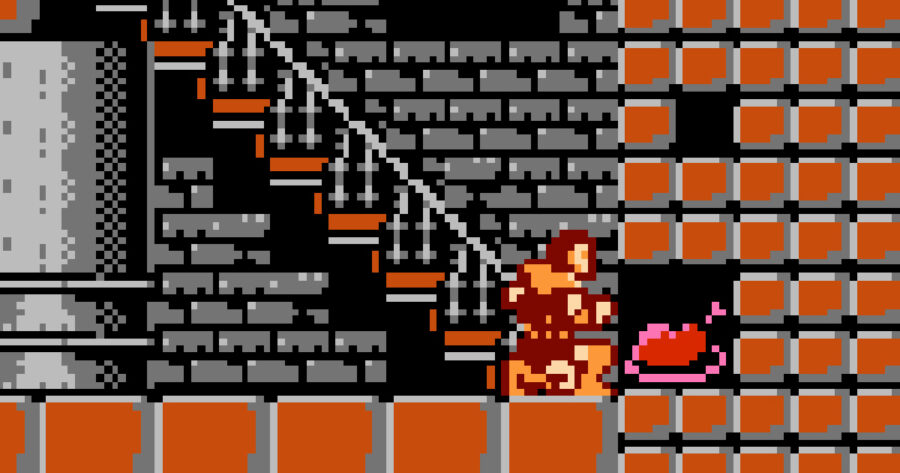 TRANSYLVANIA — Famed vampire hunter Simon Belmont reportedly took a few punches to make room for a second helping of turkey, according to those familiar with the situation.

“Yeah, every now and then I let a ghost whack me in the head a few times if I’m feeling like I want another one of these bad boys,” said Belmont while eating a perfectly cooked turkey leg that he found in a wall. “Ya know, ‘cause they taste good, but if my health bar’s full, I just have to leave it there. Kinda sucks. So a few bonks to the face and I’m munching on turkey leg. Great trade for me.”

Nearby enemies were reportedly confused by Belmont’s actions after he let them attack him.

“Dude, it was so weird. He just put his whip down and let me blast him in the face with a fireball. Then he killed me. What?” said a confused ghost. “I hope everything’s cool with him, because it would bum me out if he was really depressed or something. I know we’re enemies and all that, but I kind of respect him and appreciate the little routine that we’ve been in. I attack him, he attacks me, so on and so on. But this time he just let me hit him. I dunno. It’s just kind of freaking me out, I guess.”

“Not to mention, he’s been eating so much turkey lately,” the ghost added. “To me, it seems like binge eating and I’m not body-shaming him at all, but it doesn’t seem to be coming from an emotionally healthy place. It’s not for me to say, maybe, but I just hope he’s OK. Plus, he would just wipe his hands all over his leather armor. One time he cleaned his hand on a wall. Just nasty. And I’m a ghost!”

At press time, a very full Simon Belmont dozed off during a fight with Dracula.