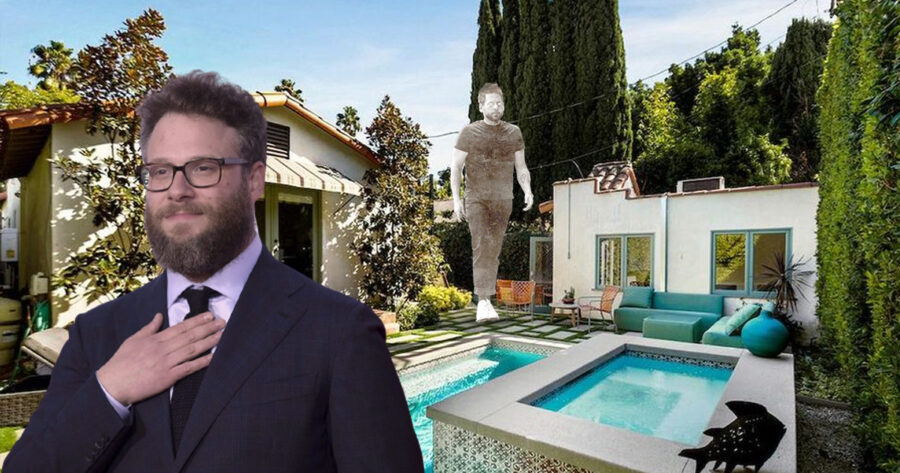 BURBANK, Calif. — Comedic actor Seth Rogen posted a photo on Instagram today revealing that he had created a 20 foot tall ceramic Jonah Hill in order to combat his quarantine loneliness.

According to those close to the situation, Jonah Hill was ecstatic about the ceramic monument to his person.

“Honestly I’m flattered. I’ve always wanted to see what I would look like as a 20-foot tall ceramic statue and it’s really cool watching Seth’s skills develop,” Hill said. “I’ve always seen myself as a sort of fragile person, so it actually works really well as a metaphor for how I feel inside. That’s how I know that Seth’s a true artist. Whether he’s making an animated movie about what if sausages made jokes about fucking or he’s making ceramic versions of his friends that he can’t hug due to a global pandemic, he always gets to the bottom of what makes us human. Or, I guess, what makes us Jewish, at least.”

Fans have been begging Rogen and his creative partners to make a film starring the ceramic Hill, but the filmmakers have been cagey in their responses.

“Look, I’m the first to admit that working with a ceramic version of Jonah would make things a lot easier. That guy is such a fucking diva,” said screenwriter Evan Goldberg. “But if we can’t figure out a way to make a relatable story about a 20-foot ceramic man, something that shows the difficulty of being an aging stoner who’s afraid to take on responsibility and end the immature chapter of his life that he feels trapped in, then hell, we’re not gonna make a movie. I promise that if we crack that story, we’ll begin filming immediately. But we’re just not there yet.”

Any hopes to make a movie about the ceramic figure, however, were halted after the pottery version of Jonah Hill shattered into thousands of pieces following an attempt to re-live the skateboarding of its youth.

UPDATE: Close sources are now reporting that it was actually the real Jonah Hill who shattered, as opposed to the ceramic version. The ceramic Jonah Hill has been confirmed as safe and sound in the arms of Rogen.