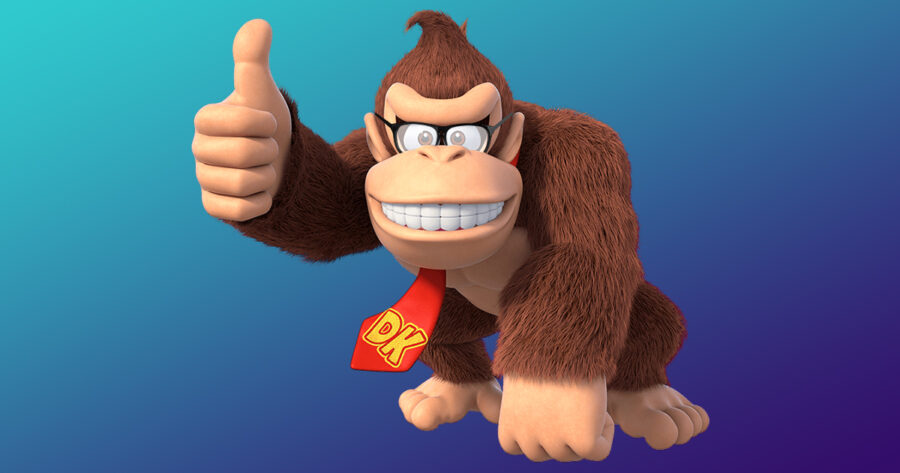 ITHACA, N.Y. — In a milestone of genealogical research connecting two separate species once thought to be distant relatives, a group of scientists from Cornell University have finally discovered an evolutionary missing link between Donkey Kong and Funky Kong.

“We knew for years that the existence of a link between Donkey Kong and Funky Kong was plausible, but never in my lifetime did I think we would actually discover a living subject,” said Dr. Wesley Brooks, head researcher of the study. “We knew we had struck gold when we were able to use electron microscopes to determine that his necktie was an exact match to Donkey Kong’s, and that his sunglasses were a direct match to Funky Kong’s. Frankly, I’ve never seen anything quite like it. It’s astounding.”

The Latin name chosen for the new subspecies, Funkus donkus, is a nod to the two species that it connects.

“We have reason to believe that at some point, ‘Donkey Funk,’ as we’ve grown fond of calling him, developed sunglasses as a way of adapting to the harsh sunlight of Kong Island,” continued Dr. Brooks. “As for when his descendants shed their neckties in favor of polka-dot bandanas, tank tops and jorts, we’re not exactly sure, but this is such a huge leap forward in understanding of the Kong evolutionary line that we’re confident we’ll be able to piece together the other subspecies over time.”

“So, wait, the sunglasses are organic? They’re a part of his body? What does that even mean?” said Cornell student Harris McFall, perplexed while exiting the symposium where the study was initially presented. “Are they attached to his face from birth? Is he able to take them off? And what about Funky Kong, are those really his clothes or are they a part of his body, too? I’m starting to think that studying Donkey Kong biology as my major was a really bad idea.”

At press time, the researchers behind the study said they would soon be returning to Kong Island to study Funkus donkus further and observe its ability to fast travel via Funky Barrel.