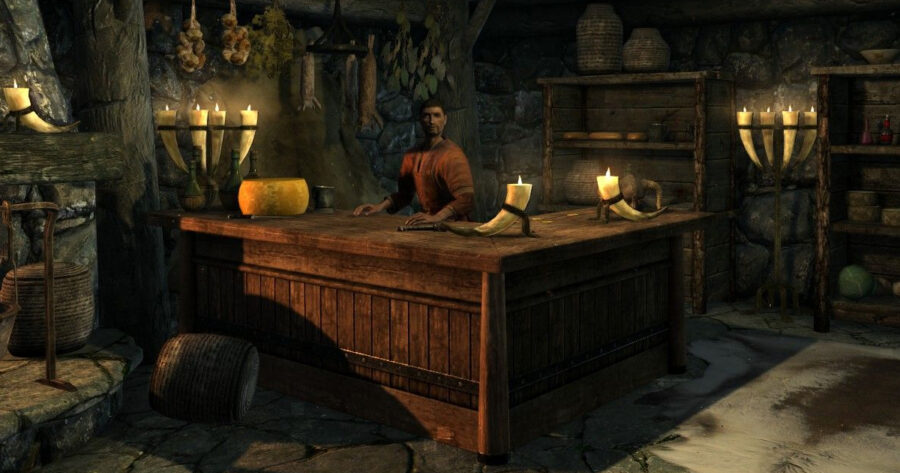 NETINNDEL — An RPG shop owner has been forced to close up his local shop and declare bankruptcy after buying $10,000 worth of useless trinkets from a wandering adventurer.

“Aye, I asked this weary traveller if he’d like to have a look at me goods,” said shop owner Enmon Rarnis. “He said he had a few things to sell first and showed me his collection of trinkets. Empty bottles, broken necklaces, a dagger rusted beyond. I had to buy every single one. Only a fool would part with such valuable treasure.”

After selling his items for the equivalent of $10,000 in gold, the traveler browsed through Rarnis’ selection of items for 20 seconds before deciding to leave without buying anything. The one-sided transaction left the shop with no money.

“To be frank, I had no intention of buying anything in there,” explained adventurer Hadvar the Great. “My pockets were just weighed down with all of this useless junk I had looted during my adventures. I thought he’d buy one or two things, but I was surprised when he took it all. How many wheels of cheese does one merchant need?”

Shortly after leaving the shop, Hadvar returned to ask if Rarnis would sharpen his sword. Hadavr gave him all the metals needed for the blacksmithing process, paying no additional money for Rarnis’ time and service.

“I don’t know how this didn’t happen sooner,” said local innkeeper Haelga Uriel. “His inventory isn’t even that impressive. He only sells three potions and some barley. I’m pretty sure he never restocks either.”

Rarnis plans to become a wandering merchant who will take any rare pelts travellers bring to him and craft them into elaborate hats, which they can have for free.