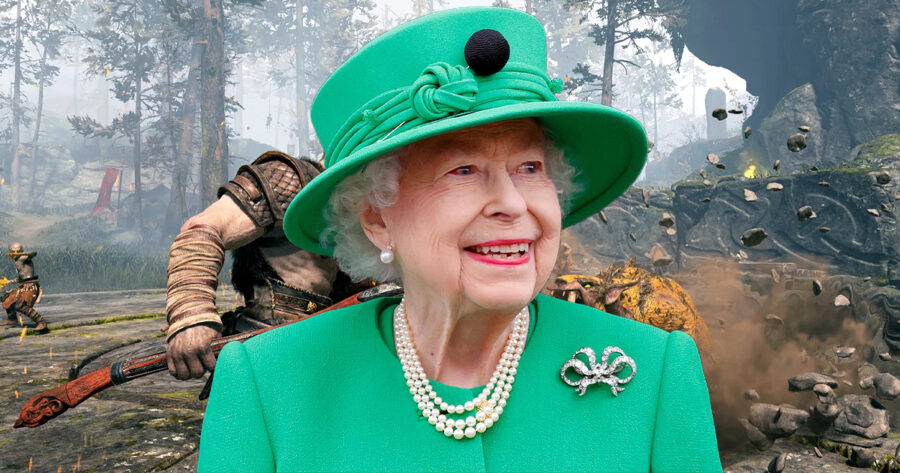 WESTMINSTER, England — Local officials have confirmed that a royal usher has provided a final service for Queen Elizabeth II by deleting her God of War save file from Buckingham Palace’s PS4.

Roger Guffman, former wing commander of the Royal Air Force and long-time usher for the royal family, carried out the task after news of the Queen’s passing had reached the palace. “Though we mourn the loss of a great leader, it’s important for us to move on as a people and a country,” said Guffman through a strong gray mustache and stiff upper lip. “In many ways, she was the Kratos to the United Kingdom’s Atreus. We looked up to her and she wielded a mighty ax.”

“Unfortunately we do not have any precedent for how to handle the save files of Her Majesty, as the Queen had been alive since the creation of video games,” he added. “The Queen was an avid gamer; contrary to popular belief she rejected owning a gold-plated Nintendo Wii due to her insistence that Nintendo consoles were only for children. With a heavy heart, and with the Queen in mind, I have erased her console’s save files.”

The decision to delete the file was met with some consternation from fellow servants who believe Guffman had an ulterior motive.

“We know how jealous Guff can get,” explained Sarah Washingham, a senior dresser for the royals. “All the servants had to hear for weeks about how Guff hated that Her Majesty managed to beat Sigrun, the secret Valkyrie Queen boss, and he was struggling. Told us he couldn’t get that boss screaming ‘UNWORTHY’ out of his head. It nearly drove him mad.”

King Charles III, the next in line for owning the Queen’s PS4, did not have an opinion on the save deletion, but said in a press release, “I believe it to be the biggest tragedy of all that my mother will not be alive on November 9th. to see the continuing adventures of Kratos and Atreus as they face the Nordic pantheon in the upcoming God of War: Ragnarok.”

Guffman refused to answer further questions about the file deletion, but did clarify that he still has not beaten Sigrun as he can’t figure out her patterns.