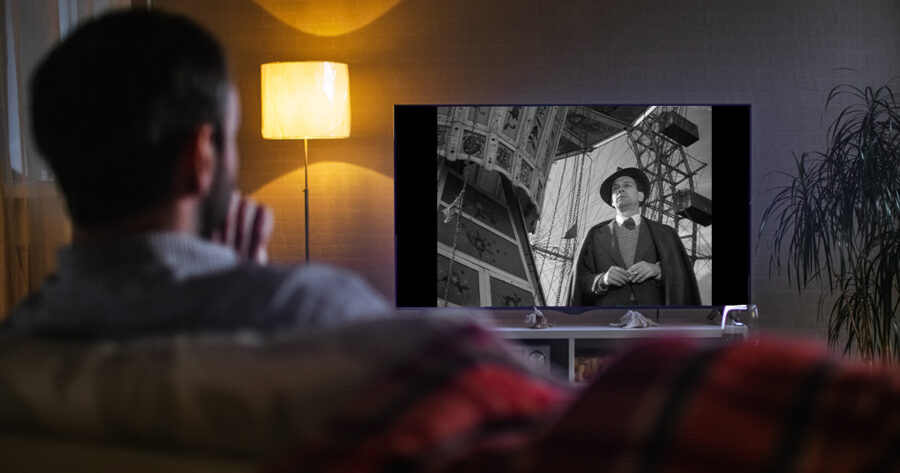 “I was binging this new MCU podcast — I’m kind of a movie nerd — and one of the fellas recommended The Third Man. It’s from like, forever ago, and it stars a bunch of people I’ve never heard of,” said Kevin Vega of the classic noir film starring Orson Welles. “I know this sounds crazy but, it actually turned out to be kind of dope.”

Vega was initially hesitant to watch the film, due to what he described as “major warning signs” that it probably sucked.

“First off, nobody has it in 4K — strike one. Then I check out the preview, and the thing is still in black and white! I understand they didn’t know how to do colors back then, but if the movie is really so good, wouldn’t they have fixed it with computers by now?” asked Vega, who watched the film last night with his roommate. “I checked the box office numbers, and this thing didn’t even make a million dollars. That was almost strike three.”

Longtime roommate Neal Smithers explained how the two ended up deciding to watch.

“We looked up The Third Man on Rotten Tomatoes, and the audience score was 93%, which is almost as high as The Dark Knight. Tough comparison, I know — The Dark Knight is a classic and nobody has ever heard of this movie — but it was enough to get our interest,” said Smithers, who stayed awake for the majority of the 108-minute runtime. “Decent movie, believe it or not. Could have used a better villain, though. All this guy did was walk around in the shadows. He’s barely in the movie. Would be interested to see if there’s more in the director’s cut.”

Despite liking The Third Man, the pair were last seen writing negative reviews of the film on Rotten Tomatoes, just to make sure it didn’t pass The Dark Knight.