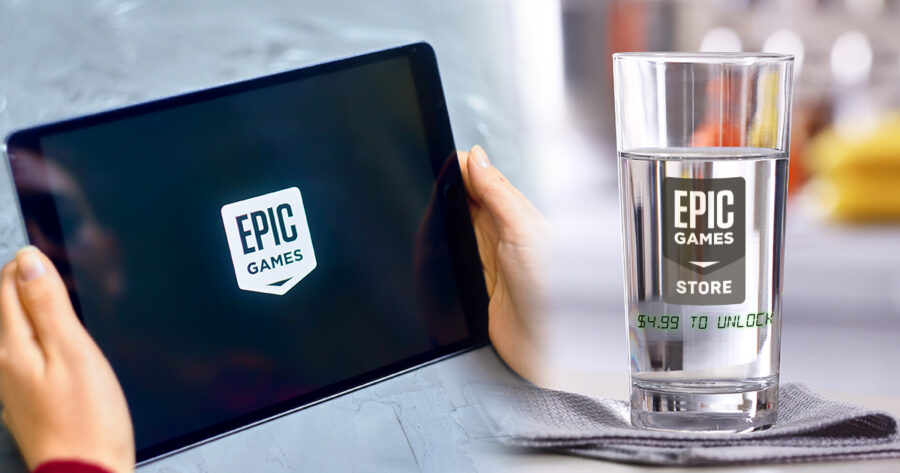 CARY, N.C. — Building on their catalogue of exclusive video games, the Epic Games store announced a multi-billion dollar deal to become the world’s only source of food and water.

“Here at Epic, our goal is to become your one-stop shop for everything you need to be a gamer,” said their statement in part. “We began with the video games themselves, but we’re excited to branch out into other gamer services, like the sustenance you require to survive so you can play more of our video games, like Fortnite.”

Epic repeated the strategy from their recent acquisition of Rocket League creator Psyonix, purchasing full ownership of all eating and drinking before removing it from competing stores.

“Don’t worry—it’s the same food and water you’ve known and loved since childhood,” confirmed a PR representative over email. “However, moving these beloved favorites to our store means you won’t have to deal with third-party providers like grocery stores, farmer’s markets, and loving mothers. You can get all that goodness right here, and engage with it more dynamically than ever before through your free Epic Games account.”

Reactions from gamers were mixed, with some accepting exclusives as the new normal.

“Are they being a little greedy? Maybe, but it’s a profit-driven company, so I don’t really think you can blame them for it,” said local gamer Terry Strick. “It’s not like Valve is any better.”

Epic did not confirm rumors that they will make stale bread and water free-to-play, with premium options like soda and cheeseburgers locked behind a season pass.