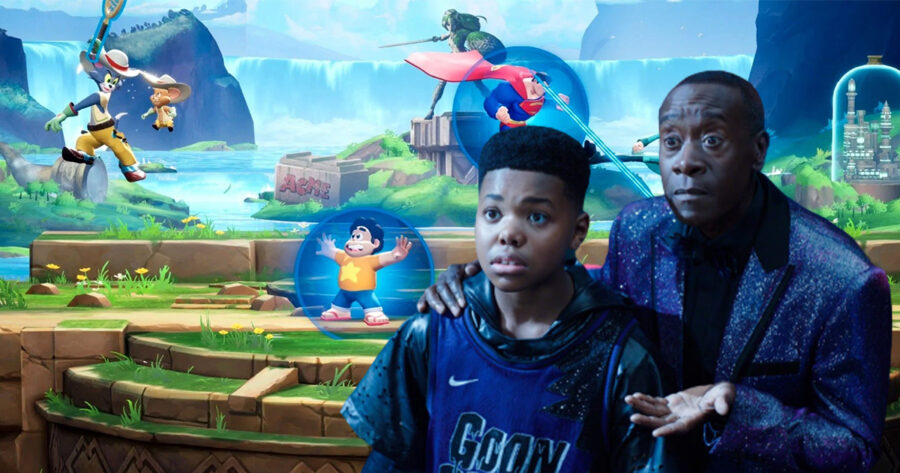 “We’re incredibly excited to be working with Dom, who has a real vision for MultiVersus. We loved the work he did on his previous game, an arcadey mobile basketball game, even if his father didn’t see the real value in it. I guess Lebron never really supported Dom the way he should have,” said the AI who hired him, a glowing Don Cheadle looking figure named Al-G Rhythm. “For now, we have Dom. But maybe if Lebron can put together a team of Warner Brothers fighters to face off against mine, he can win his son’s love back. And don’t bother trying to watch the fight, because I’m going to make sure to fill the crowd with literally thousands of incredibly distracting Warner Brothers characters.”

Despite Dom’s insistence on wanting to be a video game developer, Lebron James has reportedly shown disappointment in his career choice.

“Messing around with video games again? Come on, Dom… why isn’t he focusing on basketball more? Or if he’s into fighting stuff, then why not boxing? This video game junk is a waste of time,” Lebron James said. “I mean what is this? You’re running around as Batman and Rick and Morty, as well as Arya Stark, Shaggy from Scooby Doo and more? Sure, these are all great and awesome characters, but video games, man, they’re a damn waste of time! I liked video games once as a kid, but now I don’t because someone yelled at me. That’s my whole backstory here.”

At press time, Dom had already inexplicably added the gang from A Clockwork Orange to the game, just because they’re Warner Brothers characters, seemingly ignoring the fact that they are canonically rapists and murderers.