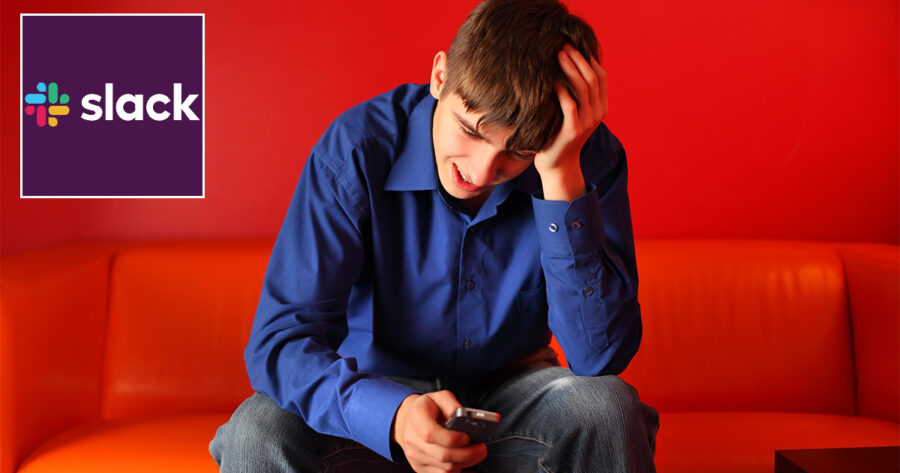 “It’s a waste of time. There I said it,” wrote van Hausen on his primary gaming Discord channel, where he also serves as admin. “What’s the big deal? I’m not gonna spend hours of my precious time engaging with my coworkers in a convoluted and structurally bullshit piece of software. I feel like such an idiot trying to navigate all these stupid channels and shit; I could be using that time to get actual work done.”

Following his declaration, van Hausen rewrote and shared multiple variations of his opinion across several channels on his social, entertainment, and subreddit Discord groups, many of which Jared also moderates. Those close to the analyst noted this effort alone lasted around an hour.

“I can’t even understand what’s happening half the time because my coworkers are constantly talking over each other,” wrote van Hausen, while. “It’s like, uh…hello?? I’m trying to read the assignment in between the constant spamming. Can you give me a second? Wait, actually hold on, my favorite streamer just said something funny on his main channel, so we’re all posting the table flip emote lmao.”

Van Hausen also notably took issue with Slack’s business model and premium membership services during his rant, decrying the need to pay for specific features on the application.

“Why would anyone ever pay for Slack Pro? You want $8 a month just for me to have full access to a system of messaging channels?” demanded van Hausen, a Discord Nitro user. “At least my monthly Nitro membership allows me to make my own custom emojis. And sure, Slack has that too, and for free, but it’s not the same. I can’t post the ‘let’s fucking go’ emoji whenever a coworker shares a picture of their cat on the pet pic channel.”

At press time, Jared had left his work team’s hour-long video call to play Apex Legends with his overseas girlfriend on a voice channel for five hours.