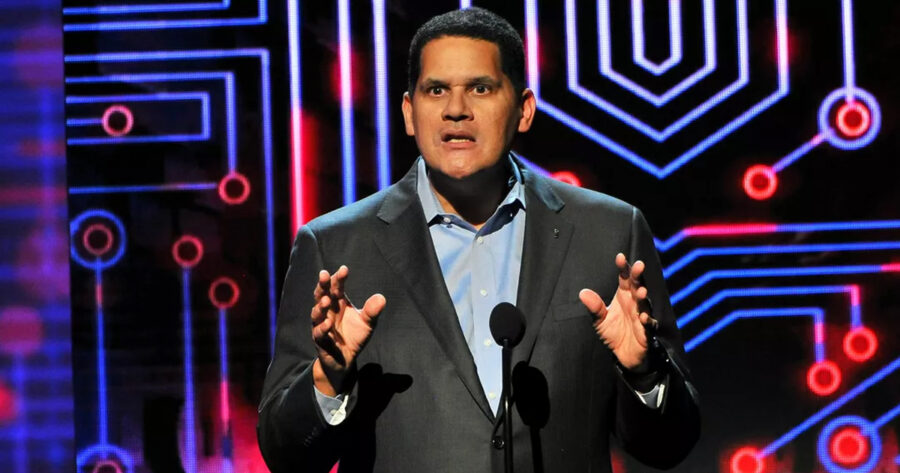 GRAPEVINE, Texas — Assuring his fellow board members that his plan would work just as well as it did the first time, sources say that former Nintendo of America COO and President Reggie Fils-Aimé kicked off his first meeting as a member of the GameStop Board of Directors by proposing that the retailer increase their business by including a free copy of the Nintendo Wii game Wii Sports with every purchase.

“I’m sure that my idea may face some opposition from the rest of the board, but I can assure you all that this is a time-tested business strategy,” said Fils-Aimé, who originally devised the idea of giving away Wii Sports for free to help sell the Nintendo Wii in 2006. “In fact, part of the reason I took this job was because I know that we probably have thousands of copies of Wii Sports lying around in different GameStop warehouses, so it would be really easy to implement this plan. Plus, Wii Sports is extremely popular. It’s the fourth best-selling game of all time because we forced it into the hands of 87 million people. I think we can push that number even higher, but we have to act fast if we want to make it happen.”

Other members of the board were skeptical that Fils-Aimé’s ideas were simply copied from things he had done earlier in his career.

“I had a whole presentation about our new redesigned stores, and Reggie kept interrupting me to give notes on how he would design it differently,” said one board member who requested anonymity. “Most of his notes were just pointing at different TV displays in the store and suggesting that there should be two screens instead of one. That’s a terrible idea, and really expensive. Just who does this guy think he is? He can’t just keep bringing up that he knows Shigeru Miyamoto and expect me to let him steamroll my ideas.”

At press time, sources say that Fils-Aimé had moved on to a second proposal to crack down on GameStop company leaks by moving all corporate communications to securely encrypted PictoChat rooms.