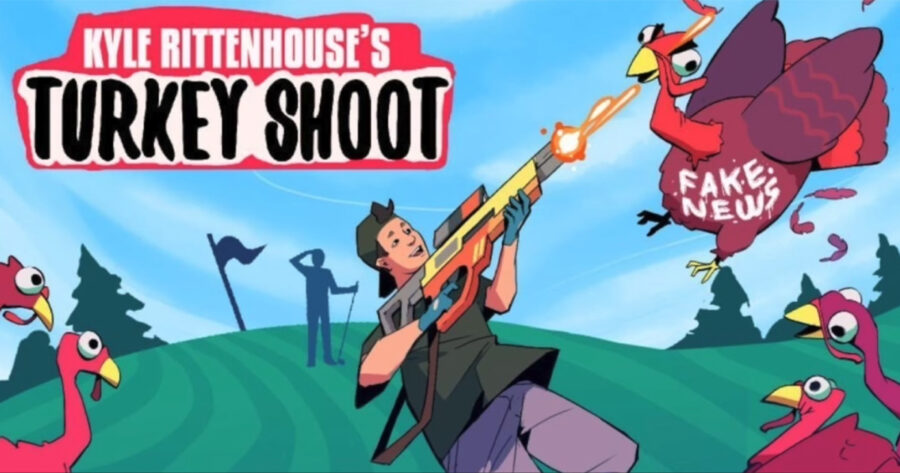 Any time an act of gun violence occurs, some stuffed-shirt in D.C. suggests that banning violent video games is the solution instead of, ya know, enacting literally any gun control laws. This has been going on since the early ’90s when Sub-Zero pulled out his first spine in a fatality and, despite years of research, no direct correlation has been made between real life gun violence and the violence we see in video games.

That is until just today.

Kyle Rittenhouse, who in August 2020 crossed several state lines with an assault-style firearm he was too young to purchase to then shoot and kill two protesters while injuring another, is entering the games industry. Jesus Christ! In a video released Thursday, Rittenhouse announced his new video game “Kyle Rittenhouse’s Turkey Shoot.” Yes, what looks like a joke we would have made up is a real game that you can, but absolutely shouldn’t, pre-order for $9.99.

So I concede. After years of arguing back and forth with conservatives, there is finally actual evidence of a correlation between gun violence and video game violence. It turns out that if you are acquitted for murdering two people with a gun, you will be lifted up as a hero by their voter base and be given a large enough platform to do whatever you want which includes developing violent video games. I guess real life violence leads to digital violence. Won’t someone think of the gamers?

The short amount of footage in the pathetic video showcases the player as Rittenhouse donning the same sweaty green t-shirt and tan backwards hat he was wearing when he killed Joseph Rosenbaum, 36, and Anthony Huber, 26, and wounded Gaige Grosskreutz, 27. Except this time, he is running around like a Contra soldier shooting a swarm of cartoon turkeys with the phrase “fake news” inexplicably painted on them, as if they just stepped out of a Thanksgiving-themed Ben Garrison political cartoon about trans people causing inflation.

This limited gameplay we’ve been given appears to have somewhat janky animation with not a lot of weight to the action. It’s possible this is simply an early build and gameplay elements will be subject to change, but ultimately the loop of running back and forth dragging a cursor across a single enemy-type does feel to be a bit shallow. The game doesn’t appear worth pre-ordering at this time.

You’d also be supporting someone who shot and killed two people. So there is that too.