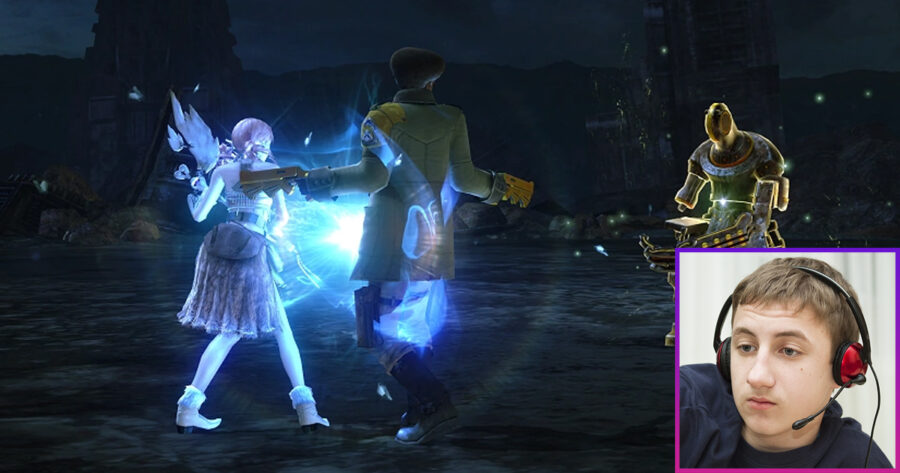 “Everyone in my stream gets mad at me when I do this because they say it’s unfair to waste actions on totally healthy white characters,” said Jepsen, while casting yet another unnecessary Curaja spell costing additional ATB points that could have been used to just heal Sazh more effectively when he needed it. “See? Look! Sazh isn’t the only one in danger, Vanille just got hit for 15 points of damage. Luckily she’s alright because she’s wearing the most expensive set of armor I could afford, but I’d better cast Curaja again just to be safe.”

“All characters matter,” Jepsen said to angered fans. “Especially the ones who don’t currently need healing in any way.”

Viewers quickly began unsubscribing from Jepsen’s Twitch in protest of his actions.

“As if the FFXIII thing wasn’t bad enough, he did it again when he streamed Final Fantasy 7 Remake, which I think he did to purposely antagonize people further,” said Kailey Bauer, a former viewer. “At first I thought it was just strategy because Barrett works well as a tank in that game, but then the only way he’d ever recover Barrett’s HP was by using the Pray materia which heals everyone. Then when people started complaining, he equipped Barrett with a Barrier materia and said that he should learn to pull himself up by his bootstraps. He really deserves to lose all of his followers for this offensive behavior.”

At press time, Jepsen had caused even further controversy by refusing to stream Astral Chain due to its portrayal of police officers being injured.