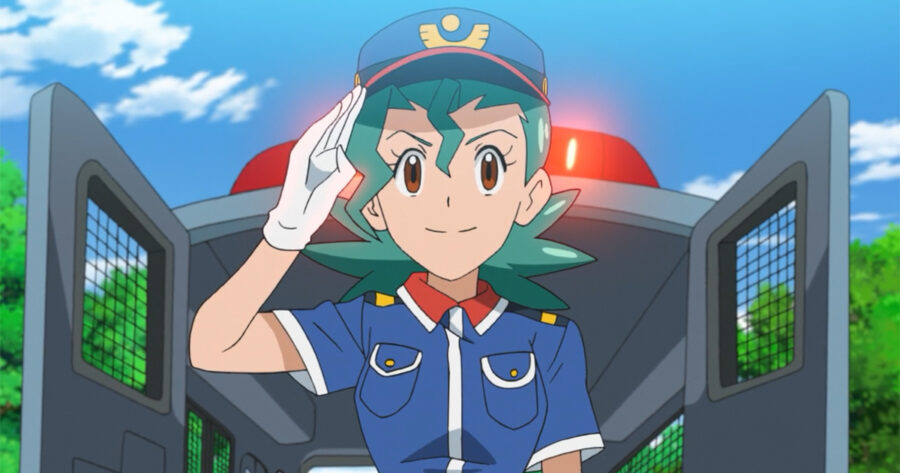 “Something must have just malfunctioned with my Vs. Recorder, because right when the footage cut off, the ten year old pulled a gun and aimed it at me, so I had no choice but to order my Arcanine to use Overheat,” Officer Jenny told reporters in a press conference. “While the ten year old is recovering from severe burns with Nurse Joy, I just want to say that this was purely out of self defense. I only brought out Arcanine because I thought he was breaking the law, and I only covered my badge number because I figured he knew I was Officer Jenny!”

Mayhew gave his side of the story from the intensive care unit of the local PokeCenter.

“I was just walking home from the PokeMart, when suddenly she pulled me over for matching a description of a trainer who tried to use his bike indoors,” Mayhew said. “That’s when I saw her turn off her Vs. Recorder, and I became really scared. I put both my hands up, but before I knew it, I was taking a 120 base power Flame Charge from an Arcanine. I tried to run away, but it Glared me and I was paralyzed.”

“This is exactly why we need to defund Officer Jenny’s,” said local Move Tutor Daniel Dalaney. “Instead of completely identical police officers, we should instead be funding completely identical social workers that can de-escalate a situation without needing to battle.”

At press time, the Cerulean City courts found that Officer Jenny’s actions were reasonable force, and ordered Mayhew to pay 45 PokeDollars to Jenny for winning the battle.