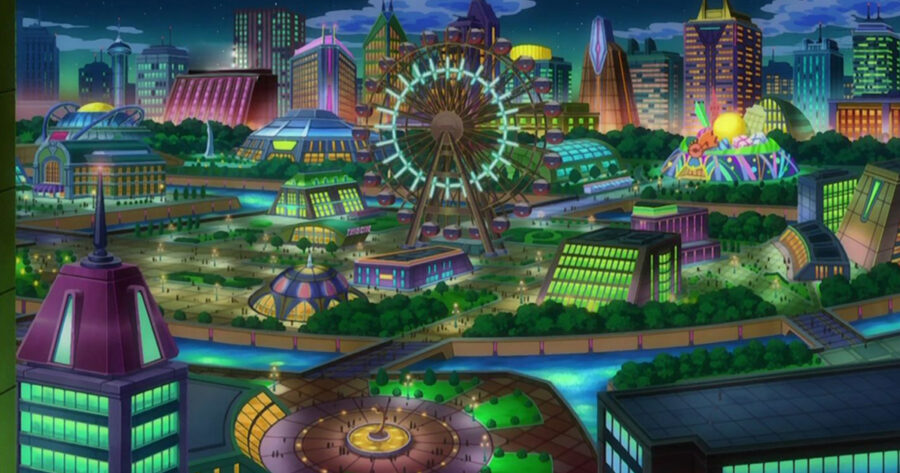 NIMBASA CITY — City and town planners across Kanto, Hoenn, and various regions came together to publicly condemn the growing efforts of mayors and community leaders to build expensive and impractical urban developments and infrastructure projects.

“We are sick and tired,” said Unova architect Maria Hoffman, head of the Nimbasa Urban Development Initiative. “We have wasted funds, time, energy, and manpower on building the most wasteful and pompous developments possible. We are literally speaking to you from a city that doubles as an 119.1 mile-wide amusement park, open 24/7 to the public. Do you understand how insane this is?”

Hoffman and other leaders labeled recently-established cities as “gimmicked,” referencing public projects that lacked any semblance of logic in their foundation. Fortree City–a municipality elevated 50 feet above ground level–was one such city referenced at the event.

“Every residency in Fortree City is a treehouse,” decried the city’s lead builder, Greg Voight. “Do you know what wild Pokémon roam in the area? Oddish and Zigzagoon. There is literally no threat to the inhabitants that would require their homes to be suspended 50 feet in the air. Even worse, there’s a Pokémon Center, shop, and gym located on the ground. Look my team and me in the eyes and tell us how any of this makes sense.”

The speakers highlighted the exorbitant costs required to maintain these neighborhoods, while also citing recent efforts to re-develop already-functioning communities.

“Seven years ago, Mauville City was a structurally sound development,” remembered landscape architect Henry Sullivan. “Then our council decided the entire city needed to be indoors, so now every home and business is literally housed in one closed building. Our entire budget goes to powering every inch of Mauville with electricity, and we sunk to massive debt after bulldozing every possible outdoor area and renovating each residency from the inside. Not to mention that we don’t even have access to natural sunlight.”

The city planners were joined in their condemnation by members of the scientific community, where serious health and safety concerns were addressed.

“Ballonea is a town built inside a forest hosting giant bioluminescent mushrooms. Every single resident is expected to contract terminal spore-borne illnesses before the age of 50,” warned health and safety officer Dawn Giannis. “The scientific community is begging local leaders. Our land has cities built inside active volcanoes and towns floating above the water on nothing but logs. Your citizens are in grave danger. Please think about your project plans for just one second.”

At press time, local mayors rejected all infrastructure proposals, issuing a joint-statement that “our towns and cities have never looked this dope.”