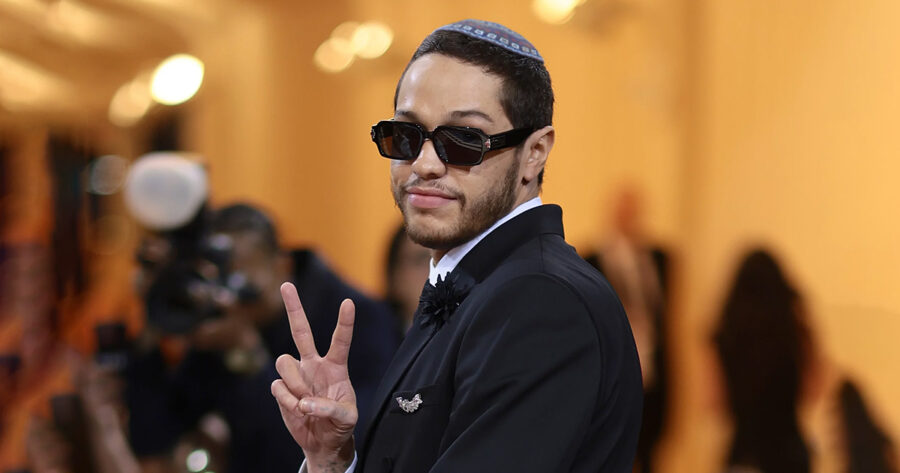 “It took a lot of work learning how to read all that Hebrew and shit for my Bar Mitzvah, but I dunno, It’s pretty funny, you gotta admit. The guy hates Jews. The guy hates Pete. Now he hates Jewish Pete!” said Davidson following the Hava Nagila dance. “I don’t even really know what being Jewish is all about, but I know Jews love a good joke, so I think I’m doing it right so far. And I dunno, how bad could it be? Mulaney’s a Jew and he’s like my best friend. Or at least, I think he’s a Jew. He did that whole show with Nick Kroll where they dressed up as Jews. That’s gotta be close enough, I think, right? That’s even more Jewish than the time I dated Larry David’s daughter.”

At press time, Davidson was reportedly getting a tattoo of himself being buried in a Jewish graveyard.