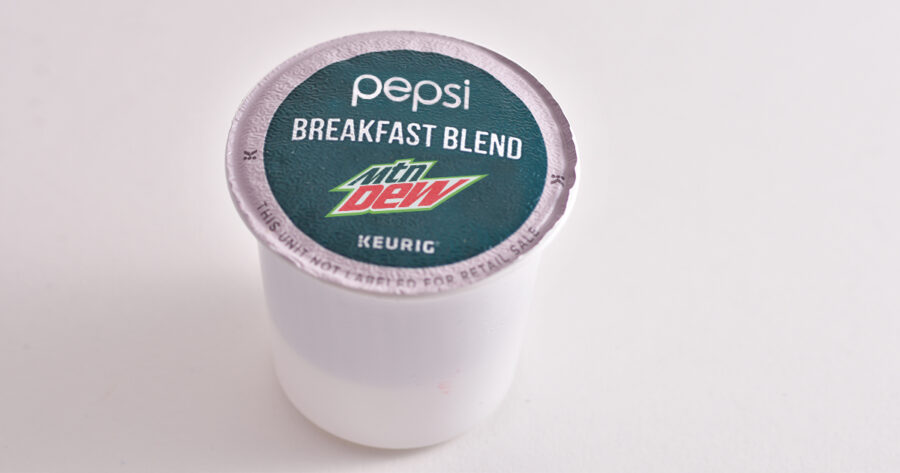 PURCHASE, N.Y. — Mountain Dew has debuted a line of K-Cups in collaboration with Keurig to appeal to the previously unknown “Gamers Who Go To Work” market, according to a recent press release.

“Mountain Dew is very proud of this collaboration with Keurig. This will further strengthen the impact we’ve already been able to achieve in this still-emerging market,” said Amy Gomez of PepsiCo, noting that although the demographic is still considered a myth to disappointed fathers and girlfriends everywhere, researchers say the number of people who actively participate in video gaming and still manage to arrive at work, occasionally even on time, is growing.

“Mountain Dew’s core audience is gamers and we’re happy to see some of them actually showing up to work now,” added Gomez. “We believe we can inspire dozens more.”

Fans online were enthusiastic about the new product, which PepsiCo confirmed will be a desaturated Mountain Dew powder that turns into the soda when combined with hot water and then cooled.

“I used to have a rule: No Mountain Dew before 5 o’clock. But that’s all going to change with these new Mountain Dew K-Cup Pods,” said local Mountain Dew and game fan Chevy Kohler. “I feel really represented as a Gamer in the workplace. Maybe I’ll even come to work in my SonicFox hat and Dead or Alive Xtreme Beach Volleyball shirt!”

Mountain Dew says the planned K-Cup flavors include Java Blast, Caffeinated Assault, Dream Decapitator, and Original. While the company says the pods are primarily aimed towards working-class gamers who need some energy in the office, it will also be perfect for unemployed gamers who consider maintaining their Apex Legends stats a full-time job.