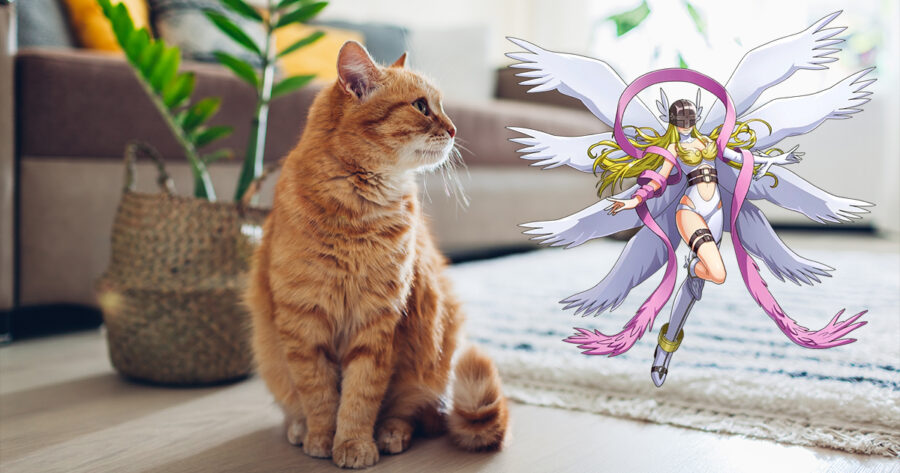 Facebook0Twitter0Reddit0
X
BY Christoph von Münchow ON May 28, 2022

SAN ANTONIO — Local parents Susan and Greg Shaw have reportedly struggled to explain the concept of digivolution to their two children after the family cat digivolved into Angewomon two days prior, sources confirm.

“You see kids, when a cat gets up there in age, they have to temporarily morph into a digital champion, to, uh, save the digital world,” explained a visibly red Greg Shaw, nodding towards the members of his family. “It’s all a normal part of a Digimon’s life. And so it just so happens that, from time to time, our beloved cat will digivolve into a sexy angel anime lady. It’s natural and beautiful.”

Those close to the situation reveal that the children were first stunned to learn about their pet’s true nature, but eventually opened up to the idea of housing and raising a six-foot tall, six-winged grown woman.

“I guess it makes sense our cat was a digimon the whole time,” said Dustin Shaw,11, the oldest of the Shaw children. “That would explain why she hatched from an egg, could stand on two feet, and also commanded a full mastery of the English language. I think it’s actually kind of sick that she can turn into a scantily-clad angel woman at will to fight evil Digimon. I just hope it doesn’t stir any weird awakenings ahead of my encroaching pubescence.”

The parents reportedly took the time to set new rules for the household regarding the responsibilities of raising the family pet.

“There’s gonna be some changes from here on out.” reminded Susan Shaw. “First of all, Angewomon will need the freedom to leave the house at will so she can fight Myotismon’s army of evil Digimon that have been sent to the real world through the dimensional gate. Make sure she doesn’t get too close to the neighbor’s Aquilamon, otherwise they might DNA digivolve together into Silphymon.  And don’t let her sleep on your bed anymore. That goes for us too, Greg.”