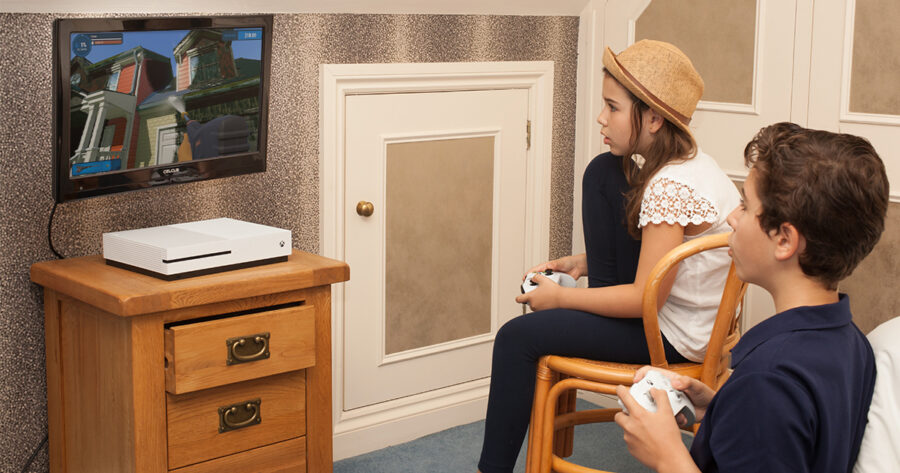 MADISON, Wis. — Parents of a boy playing the word-of-mouth hit PowerWash Simulator have reportedly grown concerned that their child won’t grow up fascinated with realistic gunplay.

“I’m worried about little Stuart,” said Cal Gatewood of his teenage son. “I let him goof around on my Xbox thinking he’d find a Call of Duty game to play or something, and I came in the room after a little bit and I swear to god the kid was washing mud off of the ramps of a skate park. I asked him what he had done wrong in the game that it was punishing him, and he said he was just chilling out. I’m confused. Do you unlock a gun later in that game or something?”

Stuart’s mother Helen was reportedly upset to learn the news as well.

“We do a lot of gun stuff in this family,” said the mother of four. “Skeet shooting, hunting, those silly family pictures where we all stand like Rambo in front of the Christmas tree, all that shit. We thought Stuart would follow all of his brothers and sisters, but he just keeps getting really into stuff like Stardew Valley and now this awful washing game. Needless to say, he’s grounded off solo games for the rest of the summer. It’s time to get off his butt and go play with his friends.”

“In a lobby, I mean,” she clarified. “Go play with his friends online in a lobby.”

The young gamer protested his punishment, saying that he should be free to play whatever game he wants.

“This is such bullshit,” said 13-year-old Stuart Gatewood. “My dad took me out back and made me play through the entire classic Doom series after he found me playing PowerWash Simulator. Which wasn’t so bad, I mean those games are dope. But I think he’s trying to get me all weirdly into guns, and I’m really just trying to finish cleaning that skate park, man. When I told him that he started sobbing.”

As of press time, Stuart’s parents had demanded he help them uninstall PowerWash Simulator so that he couldn’t play it anymore.