Opinion: The Only Way to Defeat Sauron is to Let Him Take Over Your Body and Rule Your City 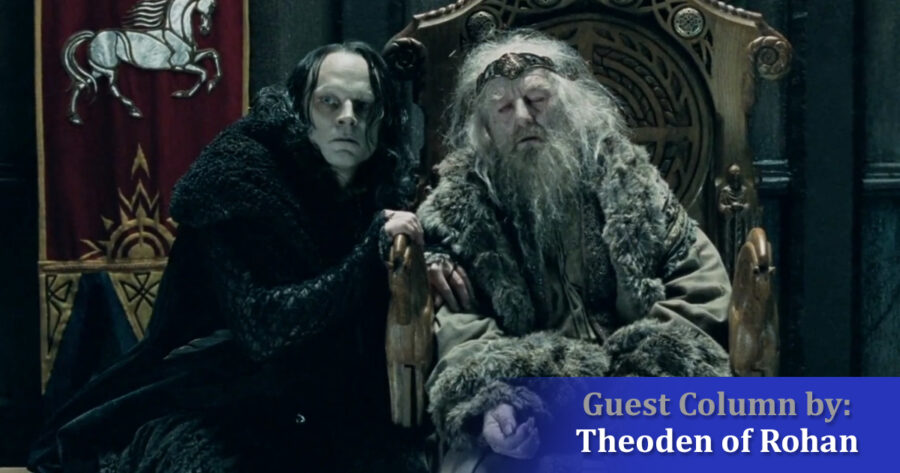 Let me start this off by saying that I despise Sauron as much as the rest of you. Sauron is a stain on our society and no one in the history of Middle Earth has done more to erase our precious norms. That being said, even though it may sound contradictory, the only way to defeat Sauron is to let him (via Saruman and Wormtongue) take over your body and rule your city with an iron fist.

Sauron represents an existential threat to the way we do things and he must be defeated. But if you think about the complex situation for a second, doesn’t it make sense for him to sort of flame out on his own? There’s no better way to show the people of Middle Earth that Sauron is an untrustworthy ruler than to grant him full power — let him take over your body, let him rule Gondor, let him rule Rivendell — and watch him squirm under the pressure. Only with unlimited, unchecked power, can we checkmate Sauron into losing the war because that’s how we get him to fall flat on his face for all to see.

To be honest, Sauron and I actually agree on a multitude of policy issues. I think the way he has terrorized the city of Rohan through my body, which is now withering and old due to his evil magic, has actually significantly improved things. But I can never condone the bombastic style in which he rules. Dressing in all black metal? Raising armies of trolls do your bidding? Watching over all of Middle Earth as a giant glowing red eye? Rulers are meant to be presentable, not call attention to their malevolence. And that is why we must do everything in our power to sit back and let Sauron defeat himself.

At the end of the day, we must do everything that we can to defeat Sauron. Unless, of course, someone else looks like they’re going to be the ruler of Middle Earth and they say mean things about me. Then, I’ll probably support Sauron. But until then, I am your ally in this fight against the dark lord Sauron and the wretched evil he represents. And if you want to get in this fight, you have a moral obligation to let him take over your body and rule your city.