Opinion: It’s Time for Game Developers to Unionize OR Make a Game About a Guy With a Giant Fucking Gun 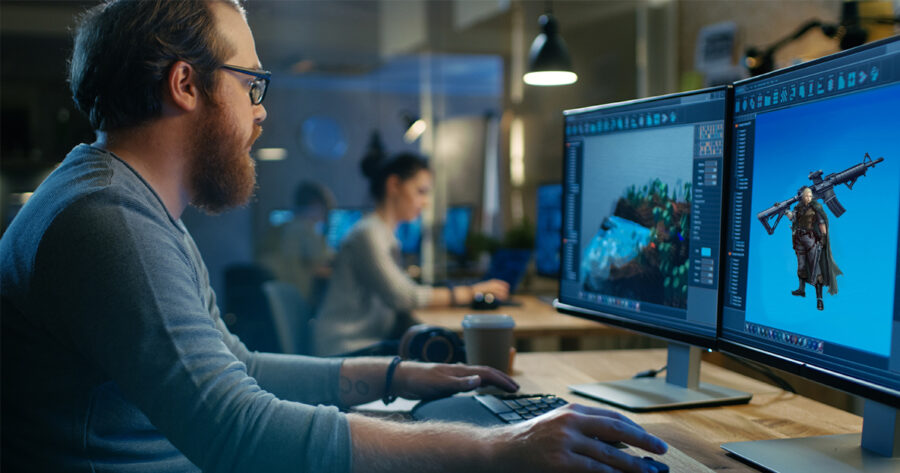 And there just isn’t enough time to do both.

The troubled stories of 2018, most notably the way Telltale developers were dropped with no notice, as well as the extensive crunch time required to release Red Dead Redemption 2, should be a wake-up call to video game fans. Recent surveys show that over half of video game developers work over 60 hours a week multiple times a year. Do we really want to enjoy video games created by people who are sacrificing their entire lives to make them, especially when it’s preventable? Game developers follow their dreams to get into the business, but at what cost?

That being said, of course, it would be unethical for us to not mention the similar recent survey which showed that upwards of 85% of video game players are just itching for a protagonist in a game reminiscent of Final Fantasy’s Cloud, but instead of holding a towering sword the size of his body, it’s replaced with a giant fucking SMG or something. It would be so sick actually if you could switch between first person shooter mode and third person shooter mode so you could still shoot the gun accurately but also zoom out and just take in the size of that fucking gun. And it goes without saying that game developers will have to choose between this fantastical gun-wielding video game man and unionizing.

Life is all about hard choices. We obviously all want things to be better for video game developers. Their lives are at stake, and as result, so is the industry that we hold so dear. But we are all also just rock hard thinking about that gun guy. And really, just about any time spent by game developers working on literally anything else (unionizing, eating, sleeping, etc.) will just make the giant gun guy worse, and that’s a nonstarter for sure.

One could perhaps argue that game developers could first unionize and then make the game about the guy with the giant gun. But no, that’s…. just no; I’d rather just play the gun game as soon as possible.

So in conclusion, I leave you with this thought: it is absolutely vital to the artform that we love for game developers to unio

Oh wait, fuck, what if the gun guy’s name is like DIRK MAX and he doesn’t have a beard but he’s got stubble and, holy shit this just coming to me now, what if he just fucking kills everything in site?! Like the gun is just BLASTING people left and right with giant bullets (because the gun is so big)?? Jesus Christ, we gotta get this fucking game going NOW.