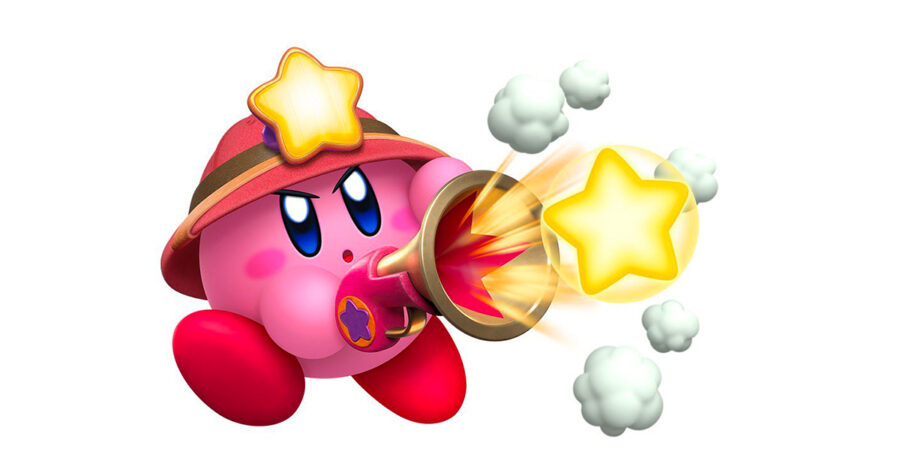 This week, Nintendo released new footage of Kirby: The Forgotten Land featuring the titular pink puffball character displaying a new copy ability: the right to bear arms. Although some were surprised and confused by this, I am relieved to know that everyone’s favorite squishy guy can now stand his ground when necessary.

For over 30 years we’ve seen just how dangerous Dreamland is. It is a cesspool of crime where scum can just steal your cake while you’re taking a lil nap in the sunshine. Cries for justice fall on deaf ears as corrupt King Dedede not only allows these horrid crimes, but he also takes part in it, making comically oversized piles of food in his castle. And you expect me to trust some shady figure who barely enjoys a scenic picnic like Meta Knight to stop him? No.

It’s impossible to even go for a walk without some seemingly innocent little floating cat head suddenly opening its disgusting mouth to reveal its horrifying fangs and lunge at you. I do not provoke this creature. I have no copy ability to gain from eating it. Why shouldn’t I support Kirby being out on the streets equipped with the necessary tools to protect me? I feel safer sleeping at night knowing that this man — this pink squishy man — is keeping the streets safe from these vile creatures.

If we expect Kirby to go on fun adventures and keep the peace, he needs more than just the ability to endlessly consume foes and absorb their power on a near cosmic level. He needs a glock. Kirby has a moral responsibility to kill.

Some may say that it’s too dangerous to give Kirby a gun. That he’s too young or that he lacks the necessary training to wield a firearm. Let me remind you that he has been a doctor, a ninja, and Solid Snake — all individuals qualified to wield a deadly weapon. Does Kirby not deserve to defend himself and those he loves if he’s attacked? If someone breaks into Kirby’s home, does Kirby not have the right, if he doesn’t want to suck up their ability and hit them with it, shoot them dead in his home? Kirby deserves to feel the power of holding a killing device in his little nubby hands and I deserve to know that I can rest so long as Kirby does.

At the end of the day, we can trust Kirby because he’s shaped like a friend. Specifically, a friend who will kill anyone who gets in his way. If you got a problem with all this, then maybe don’t call Kirby the next time President Haltmann is turning you into a robot for corporate gain. Let’s see how THAT goes.